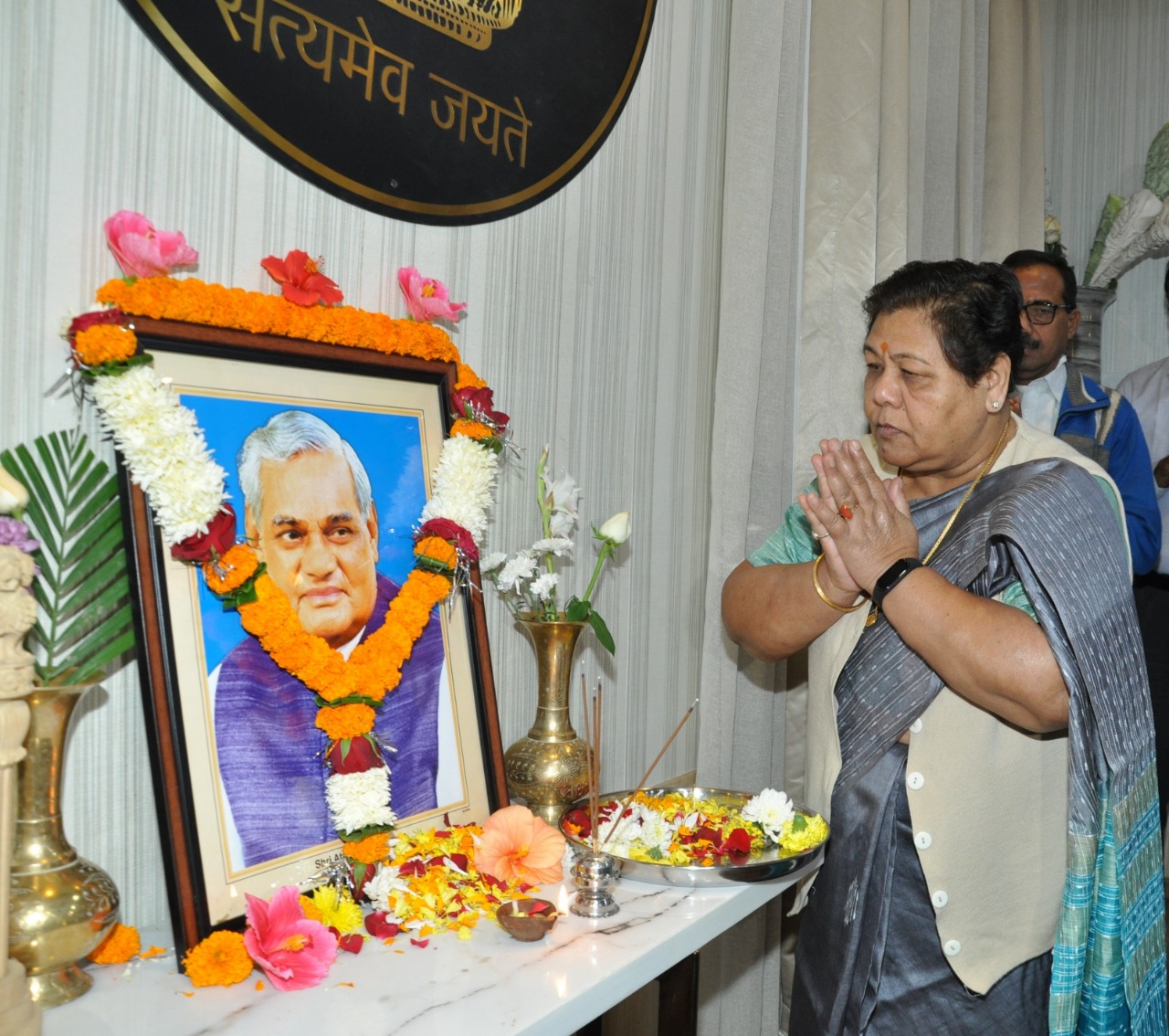 Governor Ms. Anusuiya Uike paid floral tributes at her portrait on the birth anniversary of former Prime Minister Bharat Ratna Shri Atal Bihari Vajpayee Ji at Raj Bhavan. The Governor said that during the prime ministership of Shri Vajpayeeji, I had the opportunity to be nominated as a Rajya Sabha Member and as a Rajya Sabha MP spoke on many important issues in the House and also made many trips abroad. The lessons they teach matter a lot in my life. Every word uttered as his blessing encouraged me.

Shri Vajpayee embodied other important schemes like Swarnim Chaturbhuj Yojana, Pradhan Mantri Gram Sadak Yojana during his prime ministership, which strengthened the infrastructure of our country. He did important work for the strengthening of rural and agricultural sector, National Agricultural Policy-2000 was declared during his time, through which important works were done for upgrading the standard of living of farmers and rural infrastructure was also strengthened. His idea was to welfare the last person of the society. As a result of this thinking, Antyodaya Anna Yojana was introduced during his reign, which provided food grains to the families coming below the poverty line at affordable rates. Shri Vajpayee ji created the state of Chhattisgarh and it is the result of his developmental attitude that today the state of Chhattisgarh is moving rapidly towards development. He was also a powerful orator, writer and poet, whose poetry written is touching and inspiring. By repeating these lines written by him, I again salute them –