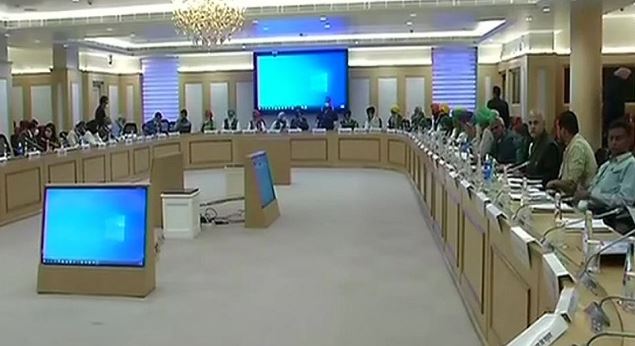 Farmers Protest continues in Delhi against Farmers Law 2020. Thursday is the eighth day of the performance. Farmers today have high expectations from the meeting with the central government. There will be a fourth round meeting between the farmer and the government at Vigyan Bhawan at 12 noon today. Which will include 32 farmer organizations and three United Front farmer leaders. All the farmers’ organizations are adamant on repealing the three agricultural laws. At the same time, the government is trying to find a middle way. Amid talks with farmers, Punjab CM Amarinder Singh arrived at his residence today to meet Home Minister Amit Shah. Where they met for more than half an hour regarding the peasant movement. After which CM Amarinder Singh said that the demonstration is having an impact on economy-national security.

Former Punjab Chief Minister Parkash Singh Badal has returned the Padma Vibhushan in protest against the agricultural law. He was awarded this honor in 2015.