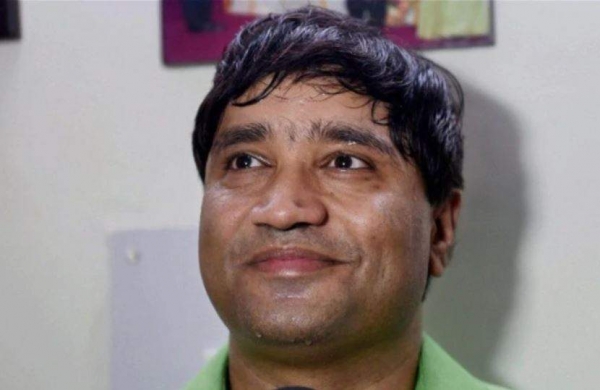 Express News Service
DEHRADUN: With Justice L Narasimha Reddy, chairman of Central Administrative Tribunal recently directing to list the case against Magsaysay Award winning IFS officer Sanjiv Chaturvedi alleging irregularities in lateral entry of joint secretaries in the Center, a total of six instances of recusals/relegation have occurred since year 2013 the cases regarding the officer.

The CAT chairman directed listing of the case in another court on January 22, 2021.

Interestingly, one thing is common- almost all matters are associated with senior leaders of the ruling parties of the time- the BJP and the Congress.

Legal experts say that there is no clear reason mentioned in most of these ‘Recusals’ but seem mostly malicious.

Senior advocate from the Supreme Court of India Sudarshan Goel commenting on recent recusal of the CAT chairman says, “The orders shows that the Judge was aware of parties name and the litigation pending between him and Mr Chaturvedi. In this given situation, his earlier transfer order was clearly malicious and was a calculated move to harm the applicant.

A 2002 batch IFS officer, Sanjiv Chaturvedi is a 2015 Magsaysay award recipient. At present Chaturvedi is posted as chief conservator of forests in research wing of Uttarakhand forest department in Haldwani city.

The recent recusal by the CAT chairman is his second one from a case related to the corruption crusader officer.

In year 2019 too as CAT chairman, Justice Reddy had opted for recusal remarking that the peculiar and unfortunate situation that has developed in this case warrants that it be left open to the petitioners in the four PTs to seek their remedies in any forum or court”.

The notice was issued by the division bench of acting chief justice Ravi Malimath and justice Alok Kumar Verma of the HC while hearing a petition stating that apart from openly being a litigant against the petitioner, the chairman had a long history of extreme personal bias against the officer as he repeatedly passed adverse orders against him without affording any opportunity of hearing.

Chaturvedi in his petition stated that the order dated December 4, 2020 which Reddy passed as the chairman of the CAT is in blatant violation of principles of natural justice – audi alteram partem.

The December 4 order by the CAT chairman directed transfer of a petition to the principal bench of the CAT in Delhi which was filed by Chaturvedi pertaining to empanelment of joint secretaries in the central government.

Four other recusal/relegation instances include the names of former Chief Justice of India Ranjan Gogoi, Justice KM Joseph when he was Chief Justice of Uttarakhand High Court and Justice UU Lalit from the Supreme Court and ACJM court of Shimla, Himachal Pradesh citing ‘personal reasons’.

In year 2013, the then SC judge Justice Ranjan Gogoi reclused himself from the petition in which Chaturvedi requested CBI inquiry alleging involvement the then Chief Minister of Haryana Bhupinder Singh Hooda, state forest minister and senior officials and his harassment after he exposed corruption. Interestingly, Rohinton Fali Nariman who is a SC judge now appeared against Chaturvedi in the matter.

Later in year 2016 another Supreme Court judge Justice UU Lalit reclused himself from the same case of forestry scam in Haryana.

In 2018 while hearing a case of defamation filed by Vineet Chaudhary, the then chief secretary of Himachal Pradesh, judge of the Shimla ACJM court reclused himself from the case citing ‘Personal Reasons’.

However, many legal experts say that there is a difference between ‘Recusal’ and ‘Relegation’. A senior counsel and law practitioner in Uttarakhand who requested to not to be identified said, “For example if You go through Justice KM Joseph’s order dated June 19, 2017 when he was Chief Justice of Uttarakhand High Court, it is clear that he relegated the matter for CAT.”

Countering this advocate Goel says, “I had said this in year 2017 also that the directions by court were strange because cases of the same were heard by the same court and orders were passed too. Such instances/orders seem to be for advantage or disadvantage of of particular person and have malicious tones.”

Goel pointed out that two cases are glaring examples of service matter being admitted- One is of, Ashok Gupta, IFS of 2003 batch who had filed two ‘very strange’ writ petitions in 2016 and 2017 for cancellation of his own promotion as conservator of forests.

He added that usually, government employees approach court for grant of promotion but this was a unique case in which an employee had approached court for cancellation of his own promotion and HC bench headed by the then chief justice KM Joseph admitted and passed favorable orders in January 2017.

Another is that of 2007 batch IFS Sambandam who filed a writ petition in 2016 for preferred posting in territorial wing in plain areas and his petition was not only admitted by HC but also directions issued in October 2016.

“After relegating Mr Chaturvedi’s case to CAT in year 2017, Justice Joseph in year 2018 allowed a petition of Pankaj Kumar, another IFS officer requesting transfer cancellation. This is bizzare as if you look into both petitions, Chaturvedi is demanding a CBI inquiry among other requests while Kumar’s is a service matter more suited for CAT,” added Goel.

Dr Kartikey Hari Gupta, a law doctorate who practices law, majorly in Uttarakhand high court says, “There is a clear Supreme Court ruling that if a judge is recusing from a case she/he needs to write clear reasons of recusal in the order. There are instances where this ruling is not followed which in itself is a serious violation of the highest court of this country.”