The city army did a mock drill in the Mahadev pond, preparations for rescue from flood and disaster were complete, 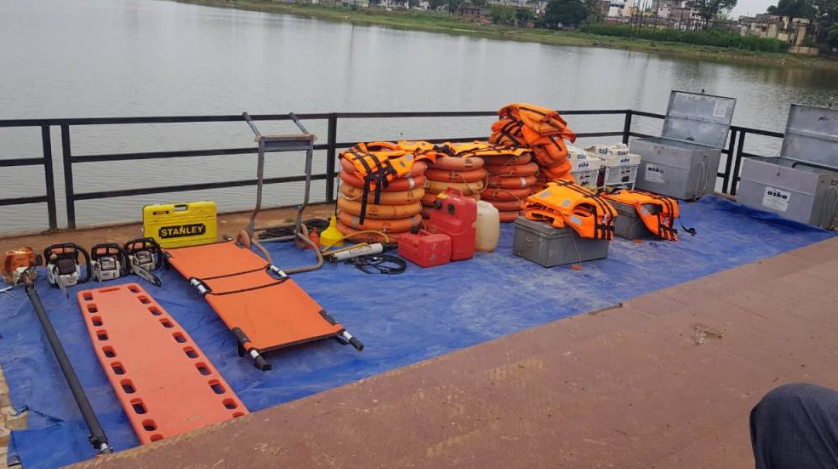 The soldiers of the city army Bijapur conducted a mock drill in the Mahadev pond to avoid possible floods and disaster in the coming rainy season. A live demonstration was held among the attendees on how to rescue a person trapped in floods and distress. So that there is no scope for any kind of lapse when faced with a real crisis situation. Water boats, aluminum boats, HDPE boats, all the equipment used for rescue were found to be in good working condition. In-charge of flood disaster management and SDM Bhopalpatnam Dr. Hemendra Bhuarya took stock of the information related to flood and disaster.
The action of the first phase of the mock drill was completed today under the leadership of District Senani Nagar Sena Shri NS Netam. He said that before the start of the rainy season, this mock drill was done keeping in mind the possible disaster and the working of the equipment used during the flood disaster was reviewed. Shri Netam informed that a team of 30 members in the flood rescue team is ready round the clock to deal with the disaster. This flood rescue team is always ready under the orders and direction of Municipal Army, Civil Defense, Fire and Emergency Services and SDRF and District Administration. Under the leadership of platoon commander of the city army, Mr. Nirmal Sahu, Makdrill Mahadev Talab was completed efficiently in Bijapur. On this occasion, Company Commander of the city army, Peter Tirkey, Subedar M Sri NK Nag, Nayak Krishna, Musaram and other city army personnel were present.