That long walk, a year on: Families of migrant labourers from MP crushed by train still await their death certificates 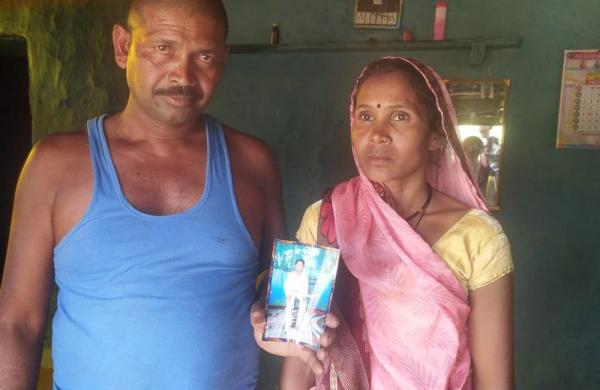 By Express News Service
BHOPAL: It has been more than 10 months since 16 migrant workers hailing from Madhya Pradesh were crushed to death by a freight train in Maharashtra’s Aurangabad district on May 8, 2020 in possibly the worst tragedy in the country during the lockdown. Some of the bereaved families in Shahdol and Umaria districts say they are still waiting for the death certificates of their kin.

All the 16 labourers, who worked at steel factories in Maharashtra’s Jalna town, had lost their jobs amid the lockdown and decided to return home on foot on May 7  evening, after missing the Shramik Special train. After walking for 40-odd km, these workers started feeling tired and sat on a track between Karnad and Badnapur railway stations for taking some rest. They gradually went into a deep sleep. At 5.22 am, the train ran over them.

In return for hospitality, labourers who lived there for over a month during lockdown painted the school building.

Middle-aged farmer Ashok Singh’s not only lost his brother Dhan Singh, 26, and only son Dipak Singh, but also three young cousins in the tragedy. “Our village Antauli in Shahdol district lost nine sons, out of which five were from our family,” says Singh. “We have got compensation of Rs 13 lakh for each but are yet to receive their death certificates till date. Recently, we met the officials, including the SDM and tehsildar, who have assured us that we will soon get the death certificates,” Singh says.

He says although widows have been receiving the monthly pension based on the post mortem reports, they fear that the houses promised to them under the Prime Minister Housing Scheme by the Shahdol district collector and other benefits under other government schemes may get stuck in the absence of death certificates. “With 1.5-acre ancestral land being divided among my relatives, there would be hardly any land left for me,” Singh adds.

In the adjoining Umaria district’s Jamudi village, Krishnavati Singh, mother of two, lost her husband Munim Singh in the tragedy. Overall, five people from the village had died in the mishap. “We have received the compensation but still waiting for my husband’s death certificate. The Umaria district collector had come to our village on the day of the incident and announced that we would get a house under the PM Awas Yojana. How will we get the benefits if we are not provided with the certificate?” she asks.