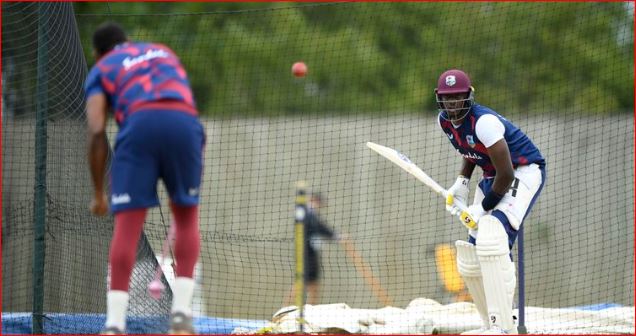 In the middle of the novel coronavirus pandemic, international cricket will resume at the Ageas Bowl in Southampton. The Test — and the two that will follow in Manchester later this month — will be played without spectators in a bio-secure environment. The England and Wales Cricket Board (ECB) has issued a list of do’s and don’ts in a 74-page booklet that it has sent to Southampton.

Only the two captains, Ben Stokes and Jason Holder, and match referee Chris Broad will go out for the toss, says the booklet. There will be no cameras at the toss, and no handshakes after.

Players can’t share gloves, shirts, water bottles, bags, or sweaters. There will be no ball boys, and ground staff won’t go within 20 metres of the players on the field. Off it, the social distancing rule of two square metres will have to be adhered to.

Team sheets will be digital. Scorers will not share pens and pencils. Accredited personnel will be tracked through a chip-enabled Covid tracker card.

The International Cricket Council (ICC) has already banned use of saliva on the ball — after two warnings, a five-run penalty will be imposed.

“If the ball goes into the stands for six then squad players wearing gloves will throw it back. Nobody else is allowed to touch it,” The Daily Telegraph quoted ECB events director Steve Elworthy as saying. “The Test match is going to feel very different for them, but they have been living this for a while already,” he said.

The United Kingdom has the world’s seventh highest caseload of Covid-19, but the countries that are worse off are all much bigger. As of Tuesday evening, the UK had reported 2.87 lakh confirmed infections and over 44,300 deaths, according to the Johns Hopkins University global coronavirus dashboard. The ECB has still decided to host the West Indies and Pakistan because without any cricket, it was reportedly staring at a £380 million black hole.

“Staging these matches will help to protect vital revenue streams for our game from broadcast deals and will also give a morale boost to cricket fans everywhere, and I’m delighted that we have found a way of doing this in an environment that will be safe and secure for all involved,” Ageas Bowl chief executive David Mann is quoted as saying on the ground’s website.