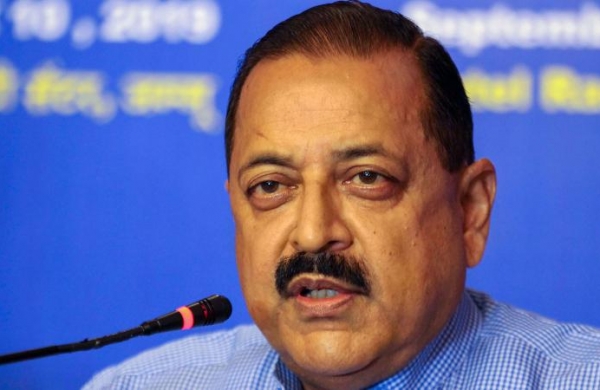 By PTI
NEW DELHI: Terrorist groups and their handlers were trying to shift the focus from Kashmir valley to the Jammu region, Union Minister Jitendra Singh said on Saturday.

He called for the “highest level of vigil” on the part of the security forces and alertness among the general public in the wake of these developments.

This and other issues were discussed during a meeting between Jammu and Kashmir’s Director General of Police (DGP) Dilbag Singh and the minister during their meeting here, officials said.

The police chief also briefed the minister about the security situation in the Union Territory.

Jitendra Singh said that the security forces had earned all-round appreciation for the way they had thwarted some major terror incidents in Jammu recently.

He, however, noted the “recent phenomenon” of terrorist groups and their handlers trying to shift the focus from Kashmir valley to the Jammu region including the Jammu city, the officials said.

This calls for the highest level of vigil on the part of the security forces and at the same time, alertness and awareness among the general public, Singh said.

The Minister of State for Personnel conveyed his appreciation for some of the major recent breakthroughs and achievements of the Jammu and Kashmir police and the par-military forces.

At the same time, he expressed concern over the selective terrorist attacks like the one on the son of the owner of popular Krishna Dhaba in Srinagar.

The DGP informed the minister that within 24 hours all the three culprits, including the shooter involved in the attack on the Krishna Dhaba proprietor, have been nabbed.

Aakash Mehra, the son of the Dhaba owner, was shot at from a close range and critically wounded on Wednesday evening.

The Muslim Janbaz Force, a terror outfit that was active in the early 1990s, had claimed responsibility for the attack.

Dilbagh Singh thanked the minister for his support in expediting at the Centre the process of the promotion of IPS officers of J-K.

He also sought the minister’s intervention for ensuring early and expeditious completion of the induction of officers of the Jammu Kashmir Police Service (JKPS) into the IPS.

Jitendra Singh assured the DGP of the Centre’s full cooperation in carrying out timely empanelments and induction.

Unfortunately, he said, the delay had happened on account of irregular cadre reviews done by the erstwhile state government of Jammu & Kashmir.

Singh recalled that even the induction of Jammu & Kashmir Administration Service (KAS) officers into IAS as well as the increase in the number of vacancies could not take place in time even though he, as well as the Union Secretary of the Department of Personnel and Training (DoPT), had in the past repeatedly written letters to the then state government.

The minister regretted that in some cases even the toppers in civil services selection hailing from Jammu and Kashmir could not get their home state or Union Territory cadre because of the absence of vacancies.

He expressed confidence that under the Lieutenant Governor’s rule, it would be possible to address all these issues which had accumulated during the earlier governments.