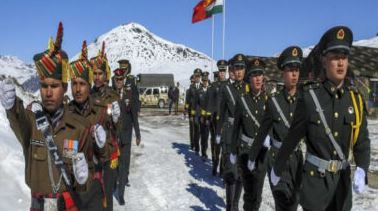 The long-standing dispute between India and China is now coming to light. It has started with China’s decision before Diwali. Actually, the Chinese army has agreed to retreat in Pangong. It is known that there has been tension between China and India since the violent clash in June and the Chinese army moved 8 km west of the LoC last 6 months ago, but now the Chinese army is ready to move into PLA Finger 8 is.

According to official sources, China has agreed to go back with tanks and ammunition. Although sources say that no agreement has been reached in this matter, but India is looking at it as an offer. While talks are still on to withdraw from some other areas.

The seventh round of talks was held on 12 October. So far, there has been no success on the issue of repelling troops from the conflict sites. Sources say that China is ready to retreat when a meeting was held on 6 November between Lt Gen PGK Menon of India and Major General Liu Lin of China. Till now India and China had talks in 7 rounds, but this time the talks were face to face.

After the violent clash between India and China, it was decided on 22 June that the two armies would retreat as agreed on 6 June. After this, its full details were also decided in the meetings related to it at the lower level, but its boss has not even started returning from the Chinese side. Let me tell you, this condition on LAC was made from 22 June.