Temples shadow other issues in Uttarakhand politics ahead of assembly polls 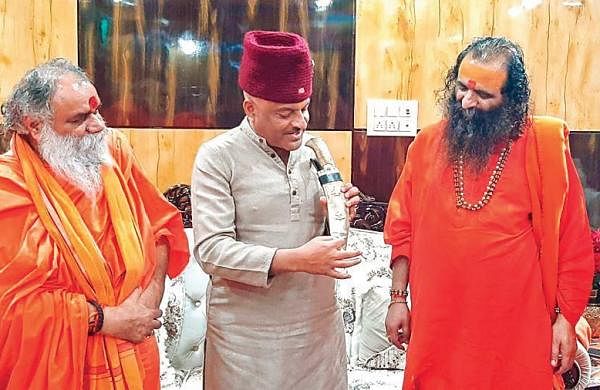 Political analysts say this change is in sync with political changes in the country. The incumbent BJP, which owes its rise as a national party to ‘temple politics of Ayodhya’, has always focused on ‘Hindutva’, ‘nationalism’ and related issues. However, this time every party in the Himalayan state, including the main opposition Congress, has joined the bandwagon.

Political commentator Dinesh Mansera says: “What this election season witnessing is the effect of changes happening in the country, especially in the Hindi belt. All political parties have understood the trend and are acting accordingly. And this is going to continue for a while.” The Congress has already announced that if the party forms the next government, the Char Dham Devsthanam Board will be abolished and the status quo of pre-December 2019 will be resumed.

The grand old party has been giving out signals that it doesn’t want to be seen behind the BJP when it comes to courting religious politics. Former chief minister Harish Rawat, while visiting Kedarnath shrine last month, was seen with a trident to show his devotion to Lord Shiva. The party also organised ‘Jalabhishek’ rituals in parallel with Prime Minister Narendra Modi’s visit to the shrine. All these indicate a paradigm shift in the state’s politics, feel analysts.

Even the Aam Aadmi Party which is trying to make its way in the hill state has been focusing largely on the same issue.  Delhi CM and party supremo Arvind Kejriwal, in one of his visits to the state, announced that if his party comes to power in Uttarakhand, the state will be made ‘Spiritual Capital’ of the world for Hindus.  “Earlier it was only the BJP which focused largely on Hindutva, nationalism and related issues but now other parties have understood that they can’t survive on old narratives including one that of Nehruvian secularism,” says Yogesh Kumar, another analyst.

With Prime Minister Narendra Modi visiting the Kedarnath shrine where he unveiled the statue of Adi Guru Shankaracharya, the BJP is already ahead of other parties. Reconstruction work worth`400 crore is already going on in Kedarnath and a  masterplan for Badrinath worth Rs 250 crore has already been approved.