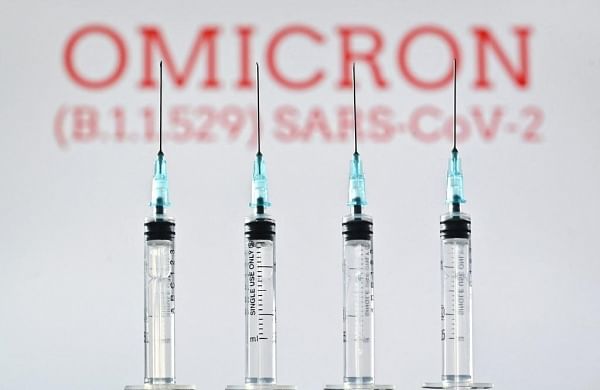 MUMBAI/HYDERABAD:  Telangana and West Bengal reported their first cases of the Omicron variant of COVID-19 on Wednesday, while four more persons tested positive in Maharashtra.

So far, Maharashtra has reported the highest number of cases at 32, followed by Rajasthan at 17.

With this, the tally of the Omicron variant cases in the country has risen to 68.

A 24-year-old woman from Kenya and a 23-year-old man from Somalia, who landed in Hyderabad on December 12, have tested positive for the variant, a Telangana health official said on Wednesday.

Though they did not come from ‘at-risk’ countries, their samples were randomly collected and sent for genome sequencing in line with the protocols.

The two close contacts of the Kenyan woman have been identified and their samples sent for COVID-19 testing.

She was admitted to the state-run Telangana Institute of Medical Sciences (TIMS) in the city.

The Omicron-positive Somalian national could not be tracked immediately.

He was, however, found later on Wednesday and shifted to the TIMS, Rao said.

West Bengal officials said that a seven-year-old boy, resident of Murshidabad district who recently returned from Abu Dhabi via Hyderabad, tested positive for the new coronavirus variant He left for a relative’s place in Malda from Kolkata airport.

“The boy flew with his parents from Abu Dhabi to Hyderabad, where he tested positive for Omicron. He had not entered Hyderabad city. He returned to Kolkata on December 11.

“The state health department was alerted about his Omicron report by authorities in Hyderabad only on Wednesday morning,” the senior official said.

The boy has been shifted to a hospital in Malda, he said.

Of the total 32 patients in Maharashtra, 25 have been discharged after a negative RT-PCR, the state health department said.

“As per the report given by the National Institute of Virology today, 4 more patients were found to be infected with Omicron in the state. Out of these four patients, two are from Osmanabad, one from Mumbai and one patient is from Buldhana,” the department said in a bulletin.

Three of the four new cases are of vaccinated individuals.

One is a woman and three are men – all between the age group of 16 years and 67 years.

More cases of the Omicron variant of coronavirus are likely to come to the fore in January next year in Maharashtra, a senior state public health department official said.

“The Omicron variant of coronavirus is spreading fast in the world and Maharashtra is likely to see a surge in cases infected by it in January next year. The cases of Omicron infection will be found in rural areas as well as in cities,” Additional Chief Secretary Pradeep Vyas said while making a presentation in the Maharashtra cabinet meeting in Mumbai.

Under the Centre’s new norms, RT-PCR tests are mandatory for passengers arriving from the “at-risk” countries and they can only leave the airport only after the results come.

Passengers coming from ‘at-risk’ countries to six major Indian airports have to compulsorily pre-book for the on-arrival RT-PCR test from December 20 onwards, the Civil Aviation Ministry said on Tuesday.

However, it clarified that in case a person faces any difficulty in pre-booking the test, the passenger must not be denied boarding.

The six airports are in Delhi, Mumbai Kolkata, Chennai, Bengaluru and Hyderabad.

Also, two percent of the passengers arriving on flights from other countries are being tested randomly.