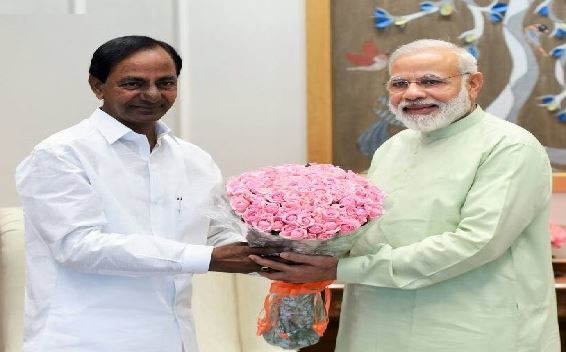 Telangana CM K Chandrasekhar has written to PM Narendra Modi on the occasion of laying of the foundation stone for the grand project of Central Vista.

In the letter he said, “I join you with a sense of pride on the occasion of laying of foundation stone for grand project of Central Vista. Project was long overdue, as existing govt infrastructure in the national capital is inadequate & also associated with our colonial past.”

The new Central Vista project will be a symbol of self-esteem, prestige & national pride of a resurgent, confident & strong India. I wish for the speedy completion of this prestigious nationally important project, said Telangana CM K Chandrasekhar added.

The new Parliament House building which is suppose to be built on a 9.5-acre land near the existing building is called as the “Central Vista” project. Earlier, the plot was meant for development of a district park.

The redevelopment project of Central Vista — the nation”s power corridor — envisages a triangular Parliament building next to the existing one, common Central Secretariat and revamping of the 3-km-long Rajpath — from Rashtrapati Bhavan to India Gate.