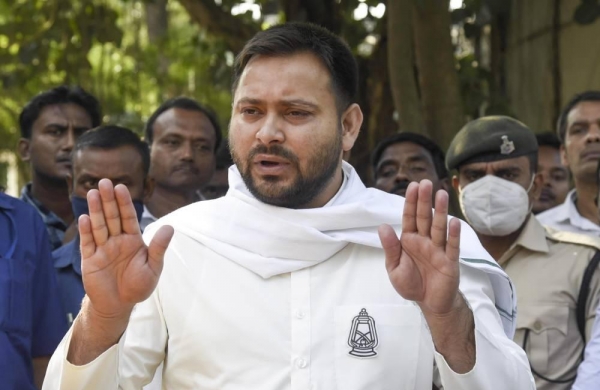 “But it was due to my strong intervention the government had to defer its decision,” Tejashwi Yadav claimed on Thursday at a media interface.

Lashing out at the Nitish Kumar government, he said that the government had now agreed to extend the budget session for about 22 days without reducing it by 2-3 days.

Expressing solidarity to the agitation of farmers against the agriculture laws, Tejashwi Yadav said that the RJD will hold the ‘Kissan Jagrukta Saptah” between January 24 and January 30 to create awareness among farmers on the pernicious side effects of farm laws implemented by the Modi government.

“We will inform the farmers of Bihar as how the new farm bills have been designed to benefit the corporate and harm the agriculture prospects of farmers. A consensus will be built against the farm laws among Bihar’s farmers also,” he added.

He also alleged that crimes and corruption in the state have gone beyond control and left the people at the crossroad of helplessness.

On Wednesday, Tejashwi Yadav had staged a dharna along with striking contractual teachers.

He slammed the state government for not issuing the appointments letters to 94000 teachers despite of the order of high court.

“For the last 16 years, Nitish Kumar and BJP have exploited the human resources of state in the name of planning and left crores of unemployed youths at their mercy of god,” he taunted.