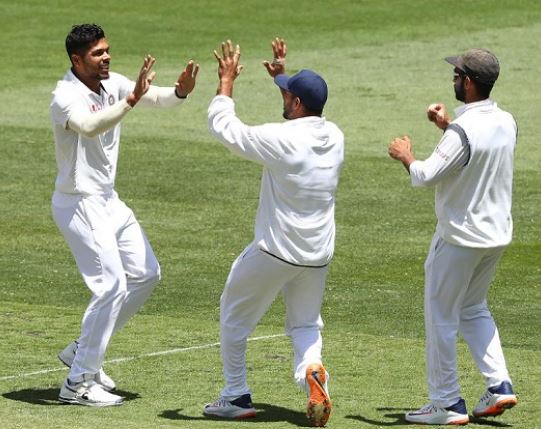 In reply, Australia lost one wicket. Umesh Yadav gave the first blow to Australia. He sent Joe Bunce to the pavilion for 4 runs. Wicketkeeper Rishabh Pant took the catch of Bunners.

Indian fast bowler Umesh Yadav has gone out of the ground due to injury in the 8th over of Australia’s second innings. He complained of leg pain. Umesh could bowl only 3.3 overs and took a wicket. His over was completed by Mohammad Siraj.

Earlier in the first innings, Indian captain Ajinkya Rahane scored the highest 112 off 223 balls and all-rounder Ravindra Jadeja scored 57 runs on 159 balls. Shubman Gill missed the Fifty in the debut match, playing an innings of 45 runs. Mitchell Starc took the most 3 wickets for Australia. Pat Cummins and Nathan Lyon had 2–2 successes apart from them.