Team India is being scared of clean sweep, this change can happen in the last ODI! 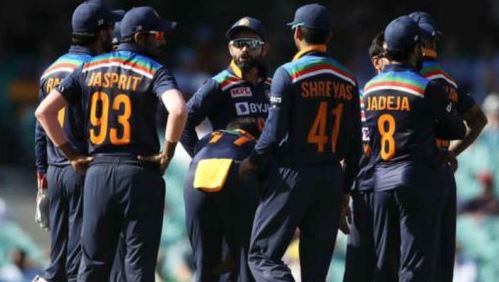 Team India’s debut on the tour of Australia has been very bad. The bowling of the team has disappointed a lot. Due to lack of bowling options to backup regular bowlers and unable to pace themselves in the ODI format, India have lost the series to Australia, with one more match to be played. If India fails to win this last match, then it will be a clean sweep.

Due to two consecutive ODI defeats at the Sydney Cricket Ground, the Indian team has lost 0-2 in the three-match series and now they have lost five consecutive ODIs. Earlier, he lost to New Zealand in three ODIs in February.

The two defeats in Sydney have revealed a huge gap between India and Australia. India, after playing T20 cricket for nearly two months, is adapting itself in the format of 50 overs. Captain Virat Kohli said after the first ODI defeat that the players have not come out of T20 mode yet.

He had said, ‘We are playing T20 cricket. Possibly: which can have an effect. Body language was not good after 25 overs’. However, India’s biggest concern has been the lack of an all-rounder option, which can serve as a back-up to regular bowlers. India tried to bowl to Hardik Pandya who did not look fully fit and did well, but if they have to win the third and final match, Pandya may have to bowl more overs.