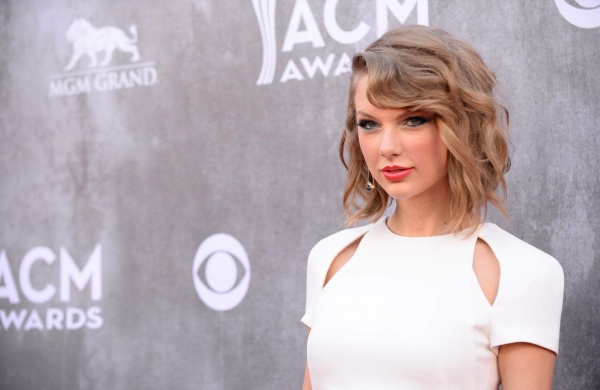 By PTI
LOS ANGELES: Singer-songwriter Taylor Swift is set to be feted at the upcoming Brit Awards, where she will receive the global icon award at this year’s ceremony.

According to Billboard, the American singer will become the first female artiste and the first non-English artiste to receive the honour, which the British characterise as their highest accolade.

The global icon award is given “in recognition of her immense impact on music across the world and incredible repertoire and achievements to date”.

Swift, 31, is also nominated in the international female solo artist category, an award she won in 2015.

Interestingly, other four nominees are her compatriots — Ariana Grande, Billie Eilish, Cardi B and Miley Cyrus.

JHUS, Jessie Ware and Lipa are competing for best album, while Biffy Clyro and The 1975 will face off in the best British group category.

The show will also include performances by The Weeknd, Dua Lipa, Olivia Rodrigo, Griff, Headie One, and Rag’n’Bone Man & Pink with the Lewisham and Greenwich NHS Trust Choir.

Comedian-actor Jack Whitehall is set to host the ceremony for the fourth year in a row.

The show will be held at The O2 arena on Tuesday, with a live audience of about 4,000 people, roughly one-fifth of the venue’s capacity.

The Brit Awards were originally set to take place in February but were postponed in the wake of the coronavirus pandemic.