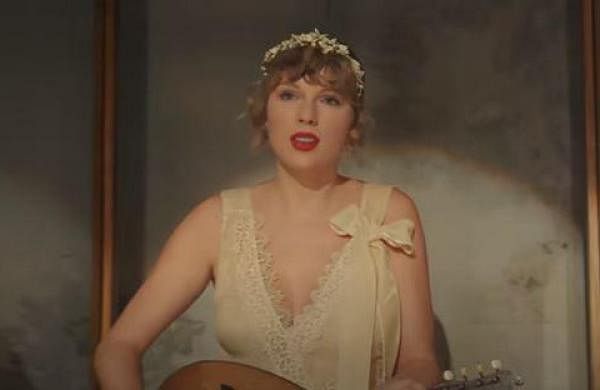 WASHINGTON: To the benefit of artists Kanye West, Taylor Swift, ABBA and Lil Nas X, a report suggests that the Recording Academy decided to expand the number of Grammy nominees just 24 hours before the list was announced.

According to Variety, the move, which saw the list of nominees in the top four general categories grow from eight nominees to 10, was positioned as a natural progression by CEO Harvey Mason jr.

He said, “We saw it as an incredible opportunity for us to honour more artists and shine a light on more great music, and potentially offer a greater opportunity for more genres of music to be honoured.”

As for the abruptness of the move, “It’s something that we’ve talked about for quite some time but it ended up happening fairly recently,” he said, adding, “We looked at the voting and the number of submissions [for the 2022 Grammys] and saw it as a great opportunity.”

Advance lists of the nominees, which are traditionally serviced to the media 24 hours before the announcement, arrived much later than usual on Monday. Sources tell Variety that the expansion of the top lists was the cause of the delay.

Lil Nas X’s ‘Montero (Call Me by Your Name)’ and ABBA’s ‘I Still Have Faith in You’ were added to the record of the year; Swift’s ‘Evermore’ and West’s ‘Donda’ were the additional candidates for the album of the year.

Doja Cat’s ‘Kiss Me More’ and Brandi Carlile’s ‘Right on Time’ were put it at the last minute for song of the year (Carlile’s second nomination in the category); and Baby Keem and Arooj Aftab were added to the best new artist field, according to the report.

The news outlet, in which the report was published, was able to ascertain which artists benefitted from the shift from eight to 10 by comparing the final list with a list created prior to the Monday decision, a version that “had begun circulating outside the Recording Academy before the nominations were announced on Tuesday.” As per Variety, the outlet stated that it had obtained a copy of the earlier list.

Mason told the outlet that the artists added to the list were simply the ninth and tenth most voted by the Academy’s members. As to whether ratings for the multimillion-dollar Grammy telecast were a consideration for the Swift-West addition, he responded, “A thousand per cent no. That was not a consideration.”

Academy co-president Valeisha Butterfield Jones added, “While it may seem rushed, it really was a thoughtful, well-intentioned process that was also data-driven.”

Other questions about the final nominations were being raised this week by recording artist Linda Chorney, who said she awoke this week to Google alerts linking to news stories showing she had been nominated for best American roots performance for her song ‘Bored’. Yet when the official list was disseminated, Chorney’s song was not among the nominees, and a song by Rhiannon Giddens took the spot that seemingly had been hers.

Chorney says she wrote to some of the reporters who published a story claiming a nomination for her and heard back apologetically from one that the information had been cut-and-pasted from an incorrect source, but she hasn’t gotten any feedback on what that source was.

With no explanations forthcoming about why erroneous news accounts might have credited her with a nod, Chorney believes she did earn a nomination and that it somehow got axed.

Chorney has taken on the Grammys about changes in the voting process in the years since she landed a nod in the Best Americana Album category in 2012, which she believes were made to keep self-releasing artists like her from getting in again.

The outlet’s news about details of the last-minute expansion of top nominations sets an awkward tone for the next Grammy Awards, an institution that has been marred by an ongoing series of unsavoury controversies over the past five years.

Last year, The Weeknd was shockingly excluded from all nominations despite having one of the most successful albums and singles of the year with ‘After Hours’ and ‘Blinding Lights’.

Mason’s predecessor Deborah Dugan was dismissed as she alleged conflicts of interest and covered up allegations of sexual misconduct and even a rape allegation. Earlier this year, the Academy eliminated its “secret” nomination review committees that had curated final nominee lists for most categories, but that was only after years of complaints about insider dealing that culminated with the Weeknd snub. The list goes on.

As per Variety, Mason had pledged a new era of transparency, yet the controversies have continued.