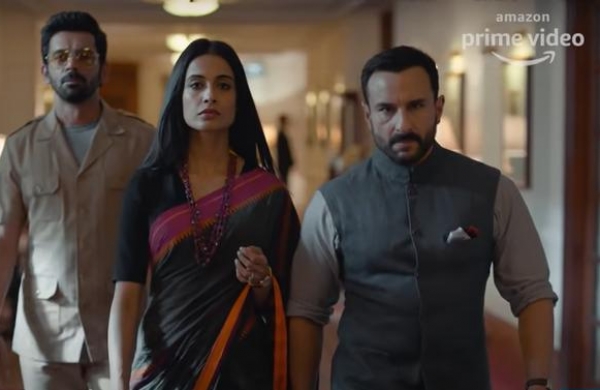 A bench of Justice Sidharth granted a temporary reprieve to Purohit against the arrest while reserving its verdict on her anticipatory bail plea.

While reserving the ruling, the bench said no coercive action should be taken against Purohit till the pronouncement of the order.

While pleading for anticipatory bail for Purohit, her counsel submitted to the court that the web series was only a work of fiction and there was no intention of the applicant to outrage the religious feeling of any community.

A criminal case has been lodged against Purohit and the makers and actors of the web series, including its director Ali Abbas, producer Himanshu Krishna Mehra and writer Gaurav Solanki in Rabupura police station of Uttar Pradesh’s Gautam Budh Nagar.

The FIR was lodged on January 19 on the complaint of Balbir Azad of Raunija village of Greater Noida area.

In his complaint, Azad had alleged that the series depicted Uttar Pradesh and its police in a poor light.

It also said the series had deliberately denigrated Hindu gods and goddesses.

The complainant had also alleged that even the prime minister of India was also depicted as an anti-democratic individual in the web series which also carried deliberate remarks aimed at disturbing caste and communal amity.

It was also alleged that the makers of the series wanted to disturb the peace and tranquillity of the society to make money.