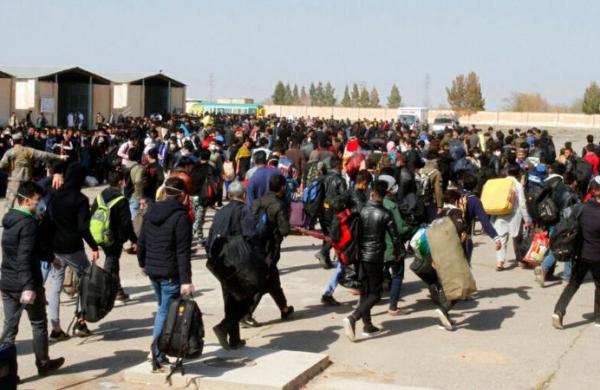 Express News Service
NEW DELHI:  A day after India pulled out its diplomats and security staff from its consulate in Kandahar in the wake of the Taliban’s continued onslaught, government sources said New Delhi might have to close its embassy in Kabul if the situation continued to deteriorate. Though the Afghan capital has not yet fallen to the Taliban, analysts had predicted the militia would capture the city within months of US troop withdrawal.

With the Taliban gaining control of new areas around Kandahar, India on Saturday night evacuated 50 diplomats and ITBP personnel from its consulate in the southern Afghan city. However, Ministry of External Affairs Spokesperson Arindam Bagchi on Sunday said the move was temporary and was taken given the intense fighting near Kandahar city.

“India is closely monitoring the evolving security situation in Afghanistan. The safety and security of our personnel is paramount. The Consulate General of India in Kandahar has not been closed. However, due to the intense fighting near Kandahar city, India-based personnel have been brought back for the time being. I want to emphasise that this is a purely temporary measure until the situation stabilises. The consulate continues to operate through our local staff members,” Bagchi said.

According to sources, the diplomats, other staff members and the ITBP personnel were brought back in a special Indian Air Force plane and Pakistani airspace was not used during the operation. Sources said officials are reviewing the highly volatile and fluid situation in the war-torn country on a daily basis and responding to any emerging challenges within 48 hours.

Bagchi said arrangements are being made to ensure continued delivery of visa and consular services through the country’s embassy in Kabul. “As an important partner of Afghanistan’s, India is committed to a peaceful, sovereign and democratic Afghanistan.”