Taken away for alleged cruelty, court hand over dogs to their owner 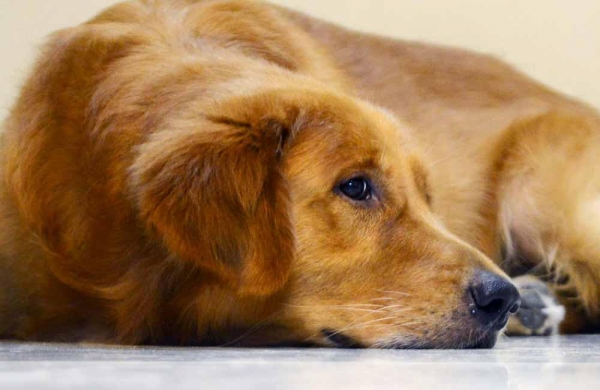 By PTI
NEW DELHI: Taken away for alleged cruelty meted out to them, a Delhi court has handed back the custody of two Golden Retriever dogs to their owner saying it would be “unjustified to deprive him of the companionship and custody of his pets”.

Both the dogs – Luv and Kush – were taken away from a businessman, their legal owner, by an NGO – People for Animals, founded by Maneka Gandhi – along with the Delhi police.

Additional Sessions Judge Anil Antil passed the order after taking note of a police report about their upkeep at their owner’s place here at Delhi’s ‘Feroz Shah Road’ and their veterinary doctor’s opinion, who had deposed before the court through video conferencing.

The judge, however, directed the businessman – Anand Kumar Mohatta – to produce both the dogs before the court and police as and when required during the ongoing proceedings regarding the case.

The court passed the directions on a revision petition filed by advocate Tarun Rana, appearing for Mohatta, against an order of a magisterial court refusing the owner the custody of the dogs.

Both the dogs were taken away on January 30 by the NGO, which accused Mohatta of cruelty upon his pets.

The NGO said that at the time of raid they were found to be suffering from high fever with swollen eyes, and later on, after thorough examination of a veterinary doctor at government hospital, both the pets were found suffering from Parvovirus.

It also claimed that both the pets were left unattended for a long time and their well being was not taken by the accused.

The allegations were refuted by Mohatta, also represented by advocate Vivek Jaiswal, who said that proper care of both the pets were taken, along with due medication and regular visits before the veterinary doctors.

The advocate also said that both the dogs were administered vaccination as per the standards prescribed.

In the status reply filed by the Delhi police,, the court also noted that the premises from where the dogs were taken away had a separate 400 square feet room allotted for the accommodation of both the pets.

Mohatta had also employed a servant to look after both the dogs,, the court noted.

The court also took note of the ownership certificate, vaccination certificate and medical certificate related to the dogs.

The doctor also joined the proceedings through video conferencing and endorsed the submissions made by advocate Rana and medical documents produced on record regarding the administration of vaccine for Parvo virus, which the pets were found to be suffering from.

“In these facts and circumstances and taking note of the medical record brought before the undersigned, it would be unjustified to deprive the revisionist (Mohatta) of companionship and custody of his pets and therefore, in my considered opinion, in the interest of justice, the custody of the two pets namely Luv and Kush be handed over to revisionist who is legal owner of both the Golden Retriever Dogs,” the judge said in the order passed on February 25.

The court asked Mohatta to file the specific report about their health and medical status report issued by their veterinary doctor twice in a month before the court, which is conducting the proceedings for alleged cruelty until the case is disposed of.