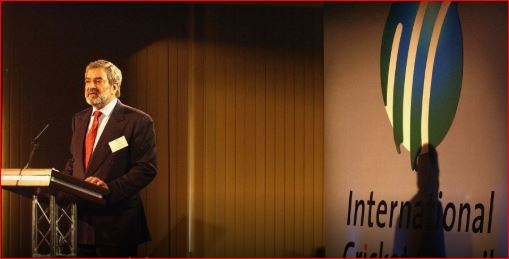 PCB chairman Ehsan Mani believes it is not “feasible” to host the men’s T20 World Cup in Australia in 2020, and that the tournament is likely to be “deferred” by a year. A final decision on the matter is likely in the next “three-four” weeks.

Mani becomes the second senior member sitting on the ICC Board in as many days this week to say that the T20 World Cup, scheduled between October 18 and November 16 in Australia, is unlikely to go ahead this year because of the impact of the Covid-19 pandemic. On Tuesday Earl Eddings, Cricket Australia chairman, said that it would be “unrealistic” and “very, very difficult” to expect the event to go ahead as planned, considering the number of infections were still “spiking” in some of the 16 participating countries.

“The biggest challenge in Australia – although Australia and New Zealand they have controlled Covid-19 – their governments are very cautious,” Mani said at a virtual media briefing on Wednesday. “If it is played this year they will likely insist it happens in a bio-bubble. Like with the Pakistan team in England, teams come, stay in a hotel, with no crowds. This is okay for one or two teams but when 12-16 teams play in a T20 tournament, it becomes an impossible thing. I don’t think it is feasible today that there is any ICC event in 2020.”

Apart from the ICC Board, Mani and Eddings also sit on the global cricket body’s second-most influential wing, the Finance & Commercial Affairs committee. Mani is the F&CA president while Eddings is one of six members on the panel, which also has ICC chairman Shashank Manohar and chief executive Manu Sawhney as ex-officio members.

The F&CA committee decides and allocates budgets for each of the world events for both men’s and women’s cricket and also looks after the distribution of money that members get annually from world events,. That has been one of the main concerns for the ICC and has contributed to the body continuing to delay officially postponing the men’s T20 World Cup this year.

With members needing clarity on the event in order to work on their own calendars, the ICC Board has already met virtually a few times over the last two months to discuss contingency planning for key world events which also includes the women’s ODI World Cup, scheduled in New Zealand for February-March next year. The Board met last week and is scheduled to do so again on June 25.

The ICC is keen to utlise 2022 – in which no ICC event is currently scheduled – within the current events cycle that stretches until the 2023 men’s ODI World Cup. India is scheduled to host that event as well as the 2021 men’s Twenty20 World Cup.

However, CA is keen to host the 2021 edition of the event, something Eddings noted in his communication to the F&CA, contents of which were reported in the Times of India. Eddings said that it would be “detrimental to cricket” in case Australia failed to host the T20 World Cup in October-November 2021. He also suggested India would be fit to host the event during the same period in 2022, since it was likely the country would have fully recovered from the pandemic by then.

The BCCI is yet to make any public comment on the matter, although it is understood the Indian board is concerned about hosting two back-to-back world events in the space of six months if it were to host the men’s T20 World Cup in October-November 2022, followed by the ODI World Cup, in February-March, 2023.

“In my opinion I think [this year’s event] will probably be deferred for a year,” Mani said. “The ICC has time because ICC events were supposed to happen in 2020, 2021 and 2023. The gap in the middle can be filled and this will be deferred. That is where the talk is headed towards. What event will happen first and where, those talks are happening.

“It is a big risk that God forbid, in the middle of a big tournament, if a player gets an infection, the panic from that will be too much so we can’t take that risk.”