T Natarajan in Doubt for T20I Series Due to Shoulder Injury 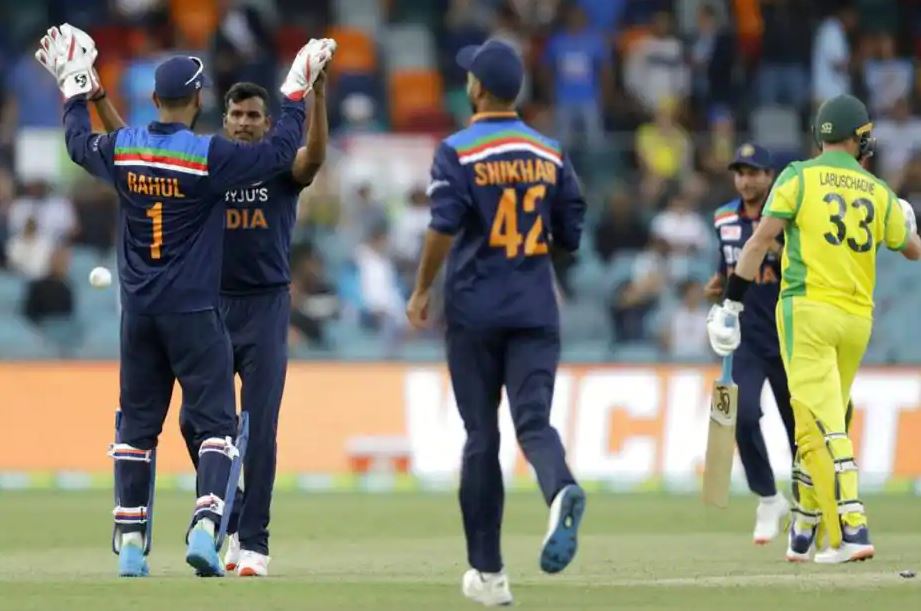 India fast bowler T Natarajan, who had an excellent series Down Under against the Aussies, is in doubt for the upcoming T20I series versus England due to a shoulder injury. Speaking to ANI, sources in the National Cricket Academy (NCA) confirmed the development and said that while they are not completely ruling him out, it is surely a race against time.

“He is down with a knee and shoulder injury and is in doubt for the T20I series. Will have to take it one day at a time and it is a race against time,” the source pointed.

Spinner Varun Chakravarthy could also be replaced by Rahul Chahar in the squad as the former failed to clear the mandatory fitness test. Rahul was already in the reserves for the Test series and with Chakravarthy not being able to clear the test, Rahul would be a like-for-like replacement. The Mumbai Indians spinner has earlier played a T20I for India against the West Indies.

Coming back to Natarajan, while him missing out would be a huge blow, what can comes as a slight relief is that all-rounder Hardik Pandya on Tuesday posted a video on Twitter which saw him fine-tuning his bowling skills.