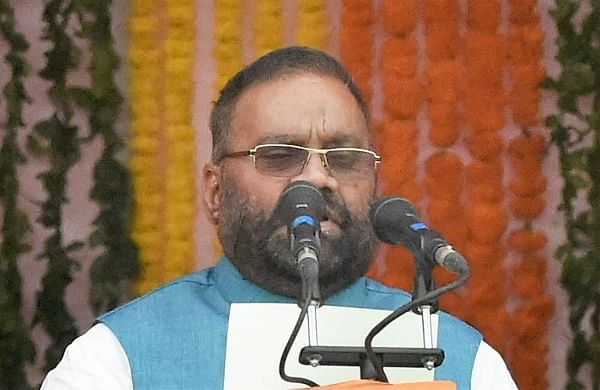 LUCKNOW: The defection of Swami Prasad Maurya to the Samajwadi Party camp could come in handy for SP chief Akhilesh Yadav in projecting his party as inclusive of all castes and no more a strong Yadav-Muslim dominant outfit only.

Rather Maurya’s induction in the SP would help the party counter BJP’s strategy to consolidate the Most Backward Caste (MBCs), especially in the eastern UP.

As per the political experts, Swami Prasad Maurya is considered to be a force to reckon with among the non-Yadav OBCs. Though he represents Padrauna assembly segment of Kushinagar, the eastern UP district bordering Bihar, he is believed to have his clout in central-eastern UP districts of Rae Bareli, Unchahar,

Shahjahanpur, Kaushmabi and Badaun with sway over 25-30 seats falling in these districts.

Significantly, Swami Prasad Maurya is known to be a hard bargainer. In June 2016, Maurya had quit the BSP after raising a banner of revolt against party chief Mayawati. Sensing a strong Modi wave, Maurya joined the BJP and won from Padrauna defeating BSP’s Javed Iqbal by a margin of over 40,000 votes.

He had won the seat on BSP ticket in 2012 also defeating Congress’ Rajesh Jaiswal. Significantly, in 2007 when Mayawati stormed to power with full majority for the first time, Maurya had lost from Dalmau assembly seat in Rae Bareli. Rae Bareli has been the traditional seat of Maurya and he represented it from 1996 to 2007.