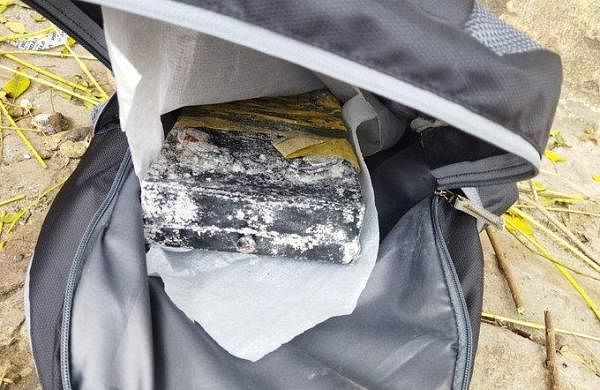 NEW DELHI: Soon after the Delhi Police recovered an Improvised Explosive Device (IED) from the city’s Ghazipur flower market on Friday, the Special Cell said that the suspects had done a detailed recce of the spot where the explosive was recovered.

According to sources in the Special cell, the bag full of IED was kept near the gate of the flower market. Its detailed recce had been done by the suspects. If the bag had been kept inside the gate, it could have been captured in the CCTV camera. The bag was kept on the ground. The police had received a call after which the team had been alerted.

A man named Anupam had informed the control room about the presence of an unattended bag at 10.19 am on Friday. His scooter was parked at the place where the explosive was planted.

The special cell sources further said that two CCTV cameras are installed at the gate of the market and the police are exploring them along with the cameras installed in the nearby areas to find the clue of the suspect.

“There are two CCTV cameras installed at the gate of the flower market. However, none of the cameras could capture the act of placing the bag at the spot. One camera is fitted on the inside and the other on the outside. There were possibilities of finding the footage of the incident on the CCTV on the outside,” the sources said.

“But the camera has been placed in such a way that it captures the number plate of the vehicles entering the market. So, the police could not find any clue from the footage. The Delhi Police is also looking into the CCTV camera footage of the nearby locations to find a clue of the suspect,” added the sources.

Sensing the severity of the matter, NSG commandos were sent. Later, NSG officials told ANI, “A bomb disposal squad of NSG has defused the IED recovered from Ghazipur. Samples of the IED have been collected and the NSG team will later submit a report of the chemical component used to assemble the explosive.”

Police Commissioner Rakesh Asthana told ANI on phone, “Based on the information received, an IED has been recovered.”

Earlier today, a bomb disposal squad and fire engines were sent to control the situation after the information about an unattended bag was received, from which the IED was recovered. NSG commandos were sent. Later, NSG officials told ANI that the bomb disposal squad of NSG has defused the IED and the samples of the IED have been collected. The Bomb Disposal Squad of the NSG has shared with chief M.A. Ganapathy that prima facie, RDX and Ammonium Nitrate chemical compounds are suspected to have been used in the manufacturing of the approximately 3 kg IED.

A post-analysis lab report being conducted by the NSG’s BDS unit is under process as the team has collected samples after defusing the Improvised Explosive Device (IED).