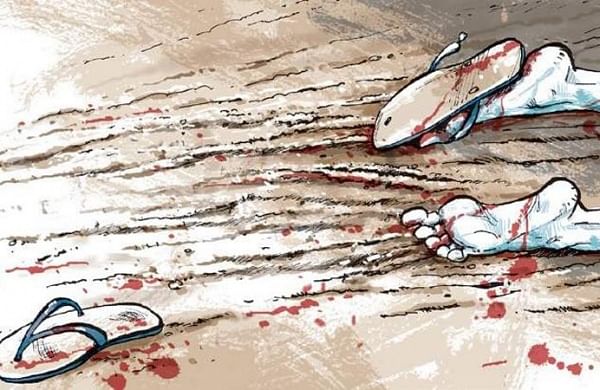 GOLAGHAT: A 45-year-old man was lynched by three persons in a remote village of Golaghat district on the suspicion that he had stolen a goat, a police officer said on Sunday.

Two persons have been detained in connection with the incident, which took place at Mamarani village in Dergaon police station area on Saturday night, reportedly in the presence of locals.

Prodip Choudhury, the officer in-charge (OC) of Dergaon Police Station, said no complaint was registered in the first 12 hours of the attack.

“The family members the victim, identified as Sanjay Das, visited the police station only a while ago. They have filed a complaint. We have just registered a case,” Choudhury told PTI.

According to the police, Das was attacked by three persons, who resided in the same village as him.

He was first taken to Dergaon Civil Hospital following the attack, but doctors there referred him to Jorhat Medical College and Hospital (JMCH).

The 45-year-old, however, succumbed to his injuries early on Sunday.

Two accused, who have been picked up by the police, are being interrogated to find out more details about the case.

“As per our information, a goat that belonged to one of the culprits went missing and Das was suspected to have stolen it. The goat owner along with his friends thrashed the victim, leading to his death,” Chowdhury explained.

During the recently concluded Winter Session of Assam Assembly, the government had said it would discuss and consider a proposal to introduce a bill against mob lynching, in line with few other states.

On November 29, AASU leader Animesh Bhuyan was lynched by a mob following a heated argument over an accident in Jorhat city.