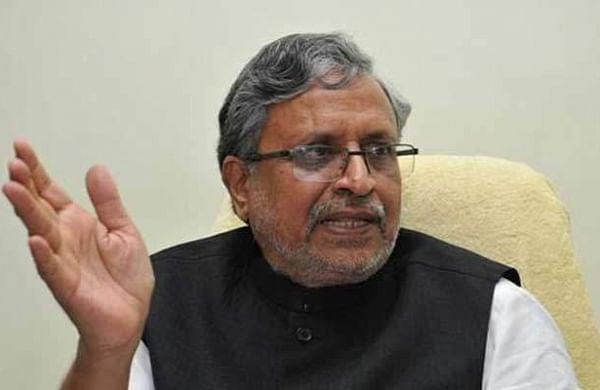 PATNA: A day after CBI raid at 16 locations of RJD chief Lalu Prasad and his family members, former deputy chief minister and Rajya Sabha member Sushil Kumar Modi on Saturday sought a reply from the RJD supremo on five questions linked to the land for job scam during his tenure as railway minister.

Sushil Modi, who has been critical of Lalu and his family for a long, said, “Is it not true that former union minister Kanti Singh and former state minister Raghunath Jha had donated their houses in Patna and Gopalganj, respectively in lieu of ministerial berths?”

He posed another question seeking a reply on how Lalu and his family members got ownership of 141 plots of land, over 30 flats and more than half a dozen houses in Patna and its suburbs.

“How did he get ownership of TISCO’s guest house located near Patna airport?” he asked.

Similarly, questions related to plots of land worth crores of rupees donated to Rabri Devi and her daughter Hema Yadav by Hridyanand Choudhary and Lalan Choudhary, who worked at Lalu’s ‘khatal’ (cowshed), were also raised.

The names of the two also figured in the fresh case registered by the CBI in connection with the ‘land for job’ scam.

Sushil Modi also sought to know why a senior politician Shivanand Tiwari (now in RJD) had approached the then Prime Minister Manmohan Singh seeking a CBI probe against Lalu in 2008.

“And now when the CBI has initiated action, why there is fuss and issue being given political colour,” he asked.

On Friday, the investigating agency conducted simultaneous searches at 16 locations of Lalu and his family members in Patna and Gopalganj districts in Bihar and Misa Bharti’s residence in New Delhi.

The raiding team recovered a pen drive during the search operation at 10 Circular Road residence of former chief minister Rabri Devi in Patna on Friday.

The CBI action has generated much heat in the political circles in the state.