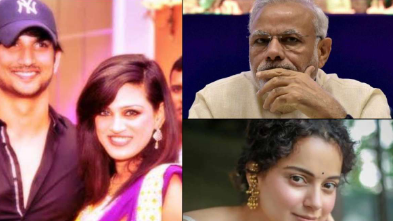 Kangana had promised to expose ‘Bullywood’ but only when the Narcotics team promises to provide her with protection. Showing her support, Shweta went a step further and wrote a tweet to PM Modi which read, “Requesting @PMOIndia @narendramodi to look into providing security for Kangana @KanganaTeam so that she can help with the investigation of @narcoticsbureau.” When Kangana thanked her fans for the trend too, Shweta replied, “Proud.”

She further added, “I was still a minor my mentor turned tormentor used to spike my drinks and sedate me to prevent me from going to cops, when I became successful and got entry in to the most famous film parties I was exposed to the most shocking and sinister world and drugs, debauchery, and mafia.”