Suryakumar Yadav rises to the occasion for India on T20I debut 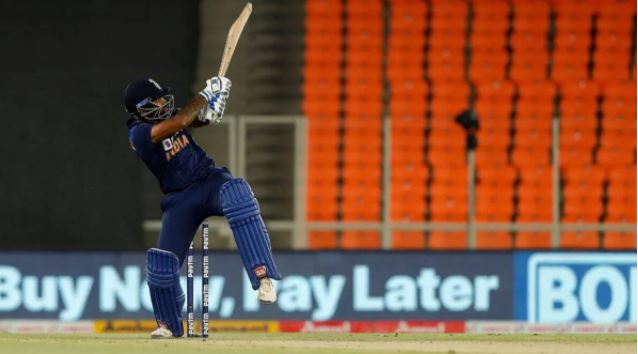 When Suryakumar Yadav strode onto bat for the first time in an international game, gently winding his arms and hawkishly surveying the field, Jofra Archer glared menacingly from the top of his run-up, his fingers firmly wrapped over the seam of the ball and his body arching like a prize-horse about to be unbolted. He thundered into his stride, gathering steam before, with a sudden whirl of limbs and frightening arm-speed and thrust of the shoulders, unleashed a thunderbolt down to the centre of the pitch.

Yadav, facing his very first ball of international cricket, ending what seemed like an eternity of longing, seemed utterly frozen. Only that, as the ball leapt off from the centre of the pitch, he made a firm sideways stride to cover the line of the ball, then threw his front pad in mid-air like a gymnast and swatted it over the fine-leg ropes. A more brutally brilliant stroke he could not have executed off the very first ball of his international career. There was both brilliance and beauty.

The beauty of the stroke was that he made it look all too natural. There was no hint of premeditation or a release of suppressed nervous energy or a sense of over-keenness. There was calm, a sense of belonging and just plain, spontaneous joy. His eyes kept tracing the ball until it settled into an empty seat in the stands. At that precise moment, he would have just whistled in the air and whispered: “Maza aatha hain, yeh shot khelne mein (I really enjoy playing this shot).”

Or sweeping the daylights out of spinners. “Where I played cricket, there were a lot of spinning tracks and good spinners, so I had to learn playing the sweep. Then the stroke became a habit,” he said.

When he says how much he enjoys playing a particular shot, you could feel his joy and enthusiasm, like he’s still a wet-behind-the-ears teenager and not a vastly experienced 30-year-old veteran. “It’s this love for the game that had kept me going all through my life, in both my good days and bad ones,” he said.

He would have derived a lot of joy in how he maintained a healthy strike rate even after the power-play overs, an aspect of the game Mumbai Indians coach Mahela Jayawardene had counselled him to improve. In fact, he was better post-powerplay. In the period of field-restrictions, he scored 16 off 11; in the non-powerplay overs, he blazed 41 off 20 balls. “He said only one thing, whenever you’re batting after the powerplay, just try and hit a lot of gaps, take twos, do run hard between wickets and there won’t be any pressure and the strike rate also will be amazing,” he recollected the conversation.

Along with the purchase of paddy in the state, there is a rapid uptake for custom milling