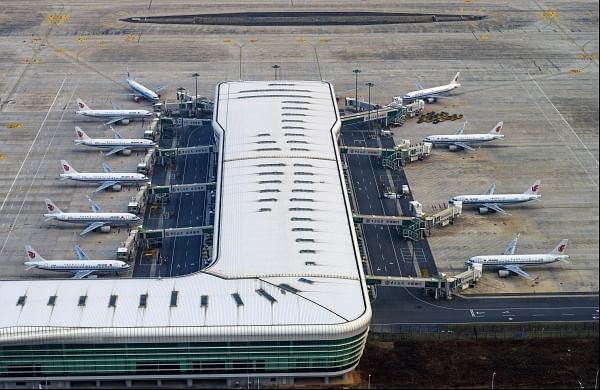 NEW DELHI:  Airfares are likely to soar further as the government has hiked jet fuel prices by 5.29%, its 10th hike in the year so far. Fares have already shot up by 25-40% this year. The latest jump would only make flying costlier. Jet fuel rates account for about 40% of an airline’s running cost. Fares in many sectors have nearly doubled in the last two years or so.

A quick search on any travel portal shows that a one-way flight in the busy Delhi-Mumbai sector is priced between Rs 6,550-7,850 (May 23, non-stop, economy) while in the Delhi-Bengaluru sector it is Rs 8,400-9,850. In the early 2020s, before Covid struck, a one-way Delhi-Mumbai economy class flight booked a week in advance was priced roughly at Rs 3,500. For the Delhi-Bengaluru sector at that point in time, it was about Rs 5,000.

Multiple ticketing agents this newspaper spoke to said airfares in 2022 alone have shot up by up to 40% for tickets booked for flights that would take-off in 15 days, while it went up by up to 25-30% if booked after 15 days.

Rajiv Mehra, president of, Indian Association of Tour Operators, told this newspaper, “5-10% hike is absorbable but when the fares go up by 30-40%, it dents the tourism sector. After the pandemic, we were now hoping for good tourists’ arrival but these high fares have poured water on all our hopes.”