Suresh Raina Reveals Which Cricketer Gets Most Distracted by Cheerleaders 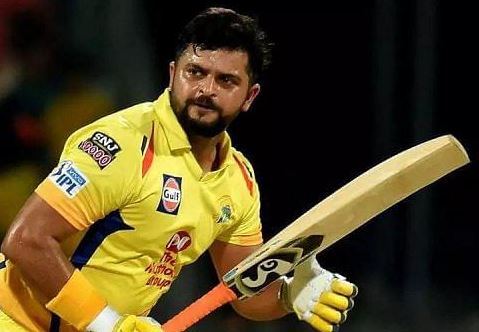 Former Indian batsman Suresh Raina recently appeared with his wife Priyanka Raina on the popular comedy show, The Kapil Sharma Show. As usual, the host Kapil Sharma at his humorous best made a lot of jokes and tried to extract some interesting titbits. Archana Puran Singh featured was the guest on the show, who also aided Sharma in probing Raina.

Trying to catch Raina off-guard, Singh asked him to name the cricketer who gets most distracted by the cheerleaders who perform during the IPL matches. Raina handled the question in a smart way. He quickly responded saying, “(The cheerleaders) are meant for the TV viewers. We players can’t see them as we have to keep our focus in the game. We only see them on the TV sometimes, when they dance at fours and sixes.

Raina, however, went on to mention that the cheerleaders also arrive at 7:30 pm at the time of toss. Singh picked him on this, saying he knows too much about that. Priyanka also pointed out how he was explaining the issue. To this, Raina said, “It is important to explain otherwise it could lead to misunderstandings.” All of them enjoyed the banter, including the virtual audience.

During the show, Sharma asked Priyanka what happens when the cricketers’ wives watch the match from the stands and one of their husbands gets out for a duck. He enquired if they leave for shopping. Priyanka answered that they continue to support the team, which is very important. However, Raina hinted that this is not always the case.

Sharma asked Raina to name the player who did not take a shower before the match, to which the latter replied, “Currently, the evening matches are going on, otherwise there were many who do skip bath in the morning matches.” Answering another question, Raina said there were many players who you can’t judge, what’s going on in their minds. He stopped himself from naming one though.