Surajpur was known as Dandbulla and Suryapur, know what is history 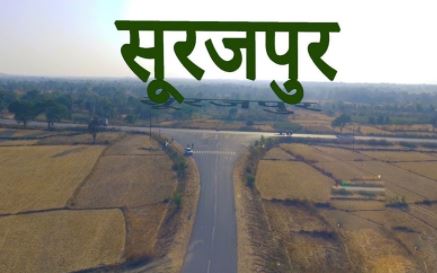 Surajpur was earlier known as Dandabulla, later called Suryapur and now appears in its latest form as Surajpur. Archeology, art and architecture of Surajpur is very famous for its religious significance. Chhattisgarh which is very famous as the bowl of money. There is a tribal majority division in its northern part Surguja. Surguja was divided into two more districts. One of them was Surajpur, which became the 26th district of the state with its administrative headquarters located at Surajpur, which has a geographical location of 23.22 latitude and longitude 82.85. It covers a total area of ​​2786.76 sq km, which attracts 789043 people.
General boundaries: Surajpur district shares its borders with Balrampur district in the east, Sarguja district in the southeast, Korba district in the south and Korea district in the west. It also touches the border of Singrauli district in Madhya Pradesh in the north.
Language: Among languages, Surgujia, Khudaku and Kodaku are more popular in the region. Whenever people from other states live here, dialects like Bhojpuri, Bengali, Odia and others are also heard.
Celebrations: In festivals, there is a symbol of unity among the people and in almost all the festivals, different festivals are celebrated with full enthusiasm and fervor. By the way, many indigenous festivals are celebrated here with many different imports: Karma, Khesrata, Khani, Sarhul and Dussehra.