Sur instead of Nepali PM Oli, shared an old map of Nepal 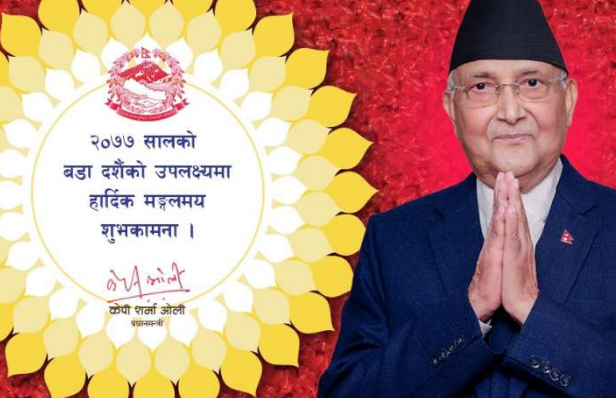 A new twist has emerged in the ongoing dispute between India and Nepal. Nepali Prime Minister KP Sharma Oli’s tone is suddenly changing. Oli’s tone has suddenly changed after meeting the head of Indian intelligence agency RAW and he has shared the old map of Nepal on Twitter. Many meanings are being made for this tweet.

Actually, Nepal was working against India for some time at the behest of China. PM Oli was continuously increasing military activity on the border. Not only this, he had claimed the Indian territory in the map of Nepal released. The conflict between the two countries had increased considerably. Meanwhile, the RAW chief and Oli met. After this meeting, suddenly the attitude of the Nepali PM has changed.

He has congratulated Vijayadashami on Twitter, using an old map of Nepal. Significantly, due to the map, there was a lot of tension between the two. Let me tell you here that next month Army Chief General Narwane is going to visit Nepal. Now it remains to be seen what is the purpose of this tweet by Oli?