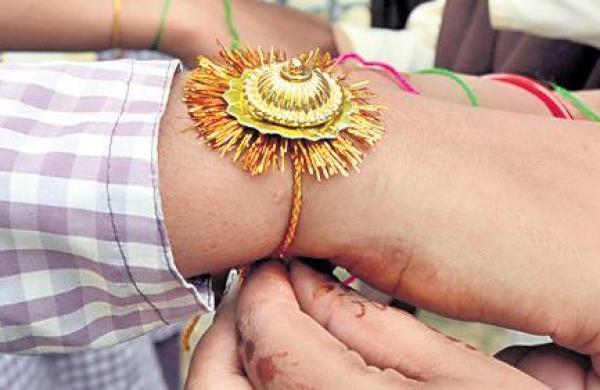 Express News Service
NEW DELHI:  Terming the Madhya Pradesh High Court order last year that had asked a man accused of sexual assault to have a rakhi tied by the victim to get bail, as a judicial stereotype, the Supreme Court on Thursday set it aside and issued a slew of guidelines on gender sensitivity in judicial approach.

A bench comprising justices A M Khanwilkar and S Ravindra Bhatt said, “Judges play at all levels a vital role as teachers and thought leaders. It is their role to be impartial in words and action, at all times. If they falter, especially in gender related crimes, they imperil fairness and inflict great cruelty in the casual blindness to the despair of the survivors.”

The judgment came on a plea filed by nine woman lawyers who had challenged the high court’s directive saying such bail orders have the effect of trivialising sexual offences. “Using rakhi tying as a condition for bail, transforms a molester into a brother, by a judicial mandate,” the judgment read. “This is wholly unacceptable, and has the effect of diluting and eroding the offence of sexual harassment.

The act perpetrated on the survivor constitutes an offence in law, and is not a minor transgression that can be remedied by way of an apology, rendering community service, tying a rakhi or presenting a gift to the survivor, or even promising to marry her, as the case may be,” the 24-page judgment stated.

The bench while issuing a set of directions to the trial courts and high courts, also stressed the need to include gender sensitisation in the curriculum as well training of judicial officers in National Judicial Academy on this subject.

The syllabi and content of such courses shall be framed after due consultation with domain experts, preferably within three months, the verdict said adding that the use of language and appropriate words and phrases should be emphasized as part of this training.

Women are physically weak and need protection
Women are incapable of or cannot take decisions on their own
Men are head of the household and should take decisions on the family
Women should be submissive and obedient according to our culture
Good women are sexually chaste
Motherhood is duty and role of every woman; assumption that she wants to be a mother
Women should be the ones in charge of their children, their upbringing
Being alone at night or wearing certain clothes make women responsible for being attacked
A woman consuming alcohol, smoking, etc. may justify unwelcome advances by men
Women are emotional and often overreact or dramatise events, hence it is necessary to corroborate their testimony
Testimonial evidence provided by women who are sexually active may be suspected when assessing consent in sexual offence cases
Lack of evidence of physical harm in sexual offence case leads to an inference of consent by the woman