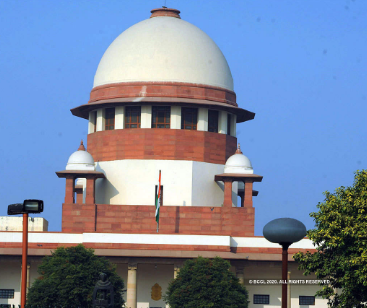 The Supreme Court stayed the judgment given by the Indore bench of the High Court against the Khasgi Trust on 5 October. The court has asked all the parties in the case to maintain the status quo. The Supreme Court has given this stay while hearing the petition filed by the Trust. It is worth mentioning that on 5 October 2020, a couple bench of the High Court, while giving a judgment against the trust, ruled the transfer of the valuable assets of the trust across the country.

Was ordered to name.

After this decision of the High Court, the Madhya Pradesh government had taken quick action and started the process of taking over the assets of the trust spread across the country. The government has taken over most of the trust’s properties spread across different cities including Indore. The Khasgi Trust has filed separate petitions in the Supreme Court against the High Court’s decision. After hearing one of these petitions on Friday, the court stayed the decision of the High Court and directed to maintain the status quo. Advocate Rohit Sharma, who has appeared in the PIL in this case, in the High Court, while confirming the order of the Supreme Court, said that in such a situation, the government will not be able to take further action but in the assets which have been captured, the status quo Will remain