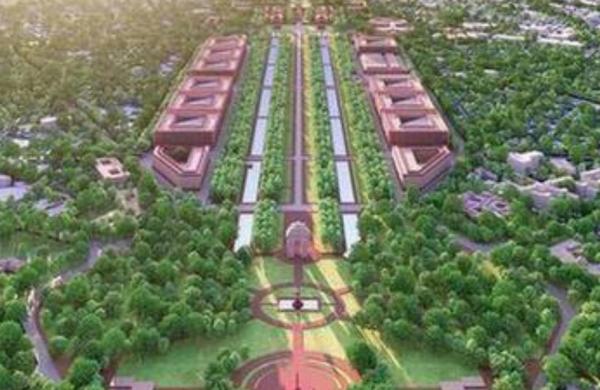 By PTI
NEW DELHI: The Supreme Court on Tuesday cleared the decks for the ambitious Central Vista Project, which covers a three-km stretch from Rashtrapati Bhavan to India Gate in Lutyens’ Delhi, by upholding the environmental clearance and the notification for change in land use.

The Central Vista revamp, announced in September, 2019 envisages a new triangular Parliament building, with a seating capacity for 900 to 1,200 MPs, that is to be constructed by August, 2022 when the country will be celebrating its 75th Independence Day.

The common Central Secretariat is likely to be built by 2024 under the project.

A three-judge bench headed by Justice A M Khanwilkar, by 2:1 majority, held that the grant of environmental clearance and the notification for change in land use for the project was valid.

Justice Khanwilkar, writing the judgement for himself and Justice Dinesh Maheshwari, also directed that the project proponent set up smog tower and use anti-smog guns at the construction site for the Central Vista project.

Justice Sanjiv Khanna, the third judge on the bench, also agreed on the issue of award of project.

He, however, disagreed with the judgment on change of land use and on grant of environmental clearance for the project.

In the majority verdict, the apex court said that prior permission shall be taken from heritage conservation committee and other relevant authorities before start of construction at new sites On the aspect of change in land use, Justice Khanna said it was bad in law and there was no disclosure for public participation on the issue.

The top court’s verdict came on several pleas on the issue, including the one filed by activist Rajeev Suri, against various permissions given to the project by authorities including the grant of environmental clearance and the nod to change of land use On December 7, last year the top court had allowed the Centre to proceed with the foundation stone-laying ceremony for the Central Vista project on December 10 after the government assured it that no construction or demolition work would commence till the apex court decides the pending pleas on the issue.

Prime Minister Narendra Modi had laid the foundation stone for the new Parliament building and the construction is expected to be completed by 2022 at an estimated cost of Rs 971 crore.

The apex court had earlier said that any change at the ground level made by authorities for the Central Vista project will be “at their own risk”.

It had made it clear that the fate of the project, which includes several new government buildings and a new Parliament House, will depend on its decision.

The Centre had earlier argued in the top court that the project would “save money” which is paid as rent for housing central government ministries in the national capital.

It had submitted that the decision to have a new Parliament building has not been taken in haste and no law or norms have been violated in any manner for the project.

The Centre had also said there was no arbitrariness or favouritism in selecting consultant for the project and the argument that the government could have adopted a better process cannot be a ground to scrap the project.

Gujarat-based architecture firm HCP Designs has won the consultancy bid for the project to redevelop the Central Vista.

The pleas filed in the apex court had also challenged the grant of a no-objection certificate by the Central Vista Committee (CVC) and also the environmental clearances for the construction of a new Parliament house building.

One of the pleas was filed against a Delhi High Court order which had said the Delhi Development Authority (DDA) was not required to apprise it before notifying changes in the Master Plan to allow the Central Vista project.

A division bench of the Delhi High Court had on February 28 stayed an order of its single-judge bench which had asked the DDA to approach the court before notifying any change in the Master Plan for going forth with the project to redevelop the Central Vista.

The stay order of the high court on the single-judge bench’s February 11 direction had come on the intra-court appeal of the DDA and the Centre.

The petitioners before the high court had opposed the Central Vista project on grounds that it involves a change in land use of the green area adjoining Rajpath and Vijay Chowk for building a new Parliament building and government offices.