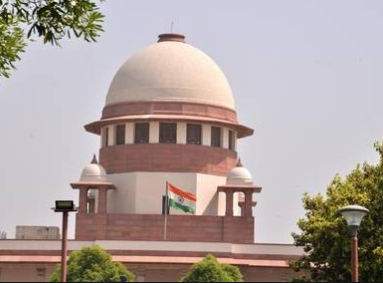 The Supreme Court on Thursday extended the loan repayment moratorium to 28 September and directed not to declare any loan NPA due to non-payment of installments during this period. Hearing the Lone Moratorium case, the Supreme Court said that the case is being deferred again and again. Now this matter is being deferred only once for the final hearing. During this time everyone should file their answer and come to court with concrete plan in the case.

During the hearing, the central government told the court that the highest level of consideration is being held. For relief, two or three rounds of meetings have been held in consultation with banks and other stakeholders and concerns are being investigated. The Center had asked for two weeks, on which the court asked what is going to happen in two weeks? You have to do something concrete for different areas. A three-judge bench of Justices Ashok Bhushan, R Subhash Reddy and MR Shah, hearing the case through a video conference, heard.

The apex court’s order not to declare the bank loan account as NPA for the next two months has brought great relief to the loan holders. Actually, if a person’s loan is declared NPA, then his CIBIL rating deteriorates. Due to this, he may face difficulties in taking loan from any bank in future.

At the same time, if you get a loan, then it may have to pay a higher rate of interest than a person with good CIBIL rating, because now banks are also fixing interest rates on this basis. Now after the order of the Supreme Court, banks will not declare NPA even if they do not repay the credit card, home loan, vehicle loan, home loan installment till two months after the end of the moratorium. However, penalty or interest can be charged on default.