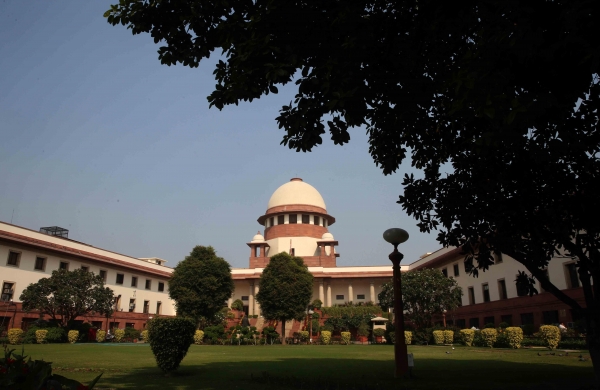 By PTI
NEW DELHI: The Supreme Court Tuesday dismissed a plea which challenged the Constitutional validity of colonial era provision of sedition under the Indian Penal Code, on the ground that it is being used to stifle freedom of speech and expression of citizens.

A bench of Chief Justice Bobde and Justices AS Bopanna and V Ramasubramanian dismissed the plea saying that there was no cause of action and the petitioners are not the affected parties.

During the brief hearing, senior advocate Anoop George Chaudhary, appearing for the petitioners who are advocates, said that this is a public interest matter and people are being charged under the provision.

The bench observed that a law cannot be challenged without appropriate cause of action.

The plea filed by three advocates Aditya Ranjan, Varun Thakur, V Elanchezhiyan said that section 124-A of IPC (sedition), the provision which was used by the British against Mahatma Gandhi and Bal Gangadhar Tilak is still stifling the freedom of speech and expression in the country if they choose to express dissent against policies of the Governments in power.

“It is submitted that under the continuously expanding scope of the fundamental rights, a colonial provision like section 124-A which was intended to subjugate the subjects of British crown should not be permitted to continue in a democratic republic,” the plea said.

It said that a constitution bench of the top court had in 1962 upheld the validity of section 124-A of IPC in Kedar Nath Singh versus State of Bihar by reading down the provision and preferring a narrow interpretation of ‘sedition’ to save the provision from unconstitutionality.

“However, after six decades of experience with the sedition law, it is clear that the said judgment requires reconsideration especially in the light of spate of sedition charges imposed against various persons speaking out against the governments of the day and their policies. Section 124-A has a chilling effect on any dissenting free speech and/or criticism of the government which is an essence of democracy,” it said.

The plea sought declaring of section 124-A as ultra-vires of the constitution and alternatively direction to DGPs to ensure that top court’s 1962 verdict is strictly followed.

The lawyers in their plea submitted that the continuance of a draconian colonial provision like section 124-A in the penal code without corresponding safeguards as provided under the UAPA is “unreasonable and unwarranted”.

“Neither there is any institutional responsibility on the Police in case of misuse of section 124-A of IPC nor are any procedural safeguards provided in code of Criminal Procedure unlike UAPA. Therefore, now section 124-A needs to be examined under the changed facts and circumstances and also on the anvil of ever evolving tests of necessity, proportionality and arbitrariness,” the plea said.

They said that despite the interpretation of law of sedition to save it from unconstitutionality, the provision of sedition is being grossly abused across the geographical spectrum of this country.

Section 124-A of the Indian Penal Code instils a certain chilling effect on the general public at large inasmuch as it recognises ‘sedition’ as a criminal offence and the consequence of committing ‘sedition’ are excessive damages and penalties which are substantial punishments, the plea said.

The plea said that mere slapping of charge of sedition against a citizen endangers the right to live with dignity of the person and his family members forever.

It said that the media portrays the person charged as “Deshdrohi” (anti-national) whereas the seditious activities are imputed against the Government and in Hindi it may translate into “Raj Droh” (anti-government) which is not the same as “Deshdroh” and cannot be equated.

It causes chilling effect on other citizens and prevents them from exercising their fundamental right to criticize the Government and its policies through legitimate means.

Our freedom fighters were charged by the Britishers under section 124-A but they were not “anti-national”.

The social and political stigma attached to a person charged under section 124-A is irreparable, the plea said.

It referred to the decision of top court in decriminalising section 377 of IPC in 2018 and scrapping of section 66A of IT Act in 2015, where constitutional provisions were given a re-look.

It is, therefore, imperative and the need of the hour that a colonial provision like section 124-A which is very severe and actually being misused frequently in contravention of the law laid down by this court may be tested on the anvil of the expanding scope of fundamental rights in the twenty first century, the plea said.