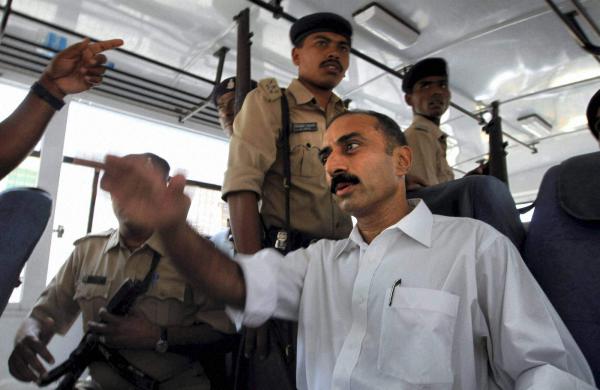 By ANI
NEW DELHI: The Supreme Court on Wednesday adjourned the hearing for six weeks on a plea filed by former Indian Police Service (IPS) officer Sanjiv Bhatt seeking suspension of his life imprisonment jail sentence in connection with a 1990 custodial death case.

“Till the petitioner’s (Sanjiv Bhatt) review petition against a 2019 order by the SC is decided, we adjourn the matter for six weeks,” a three-judge bench of the Top Court, headed by Justice Ashok Bhushan and also comprising Justices M R Shah and R Subhash Reddy said.

The former IPS officer, Sanjiv Bhatt, had moved the Apex Court seeking suspension of his life imprisonment jail sentence in connection with a custodial death in November 1990.

“The HC ought to have appreciated that the trial court did not consider evidence of court witness P P Pandey, Investigating Officer, then SP, CID Crime, Ahmedabad, who recorded the statement of different police officers, clearly indicating no beating or ill-treatment of the arrested accused,” Bhatt in his plea claimed, before the Apex Court.

Bhatt was sentenced to life imprisonment for his involvement in the custodial death of Jamjodhpur resident, Prabhudas Vaishnani in November 1990.

Bhatt, in his SLP (Special Leave Petition) before the Supreme Court that there is a “political vendetta”, against him, and further said that the charges were framed against him without due (proper) sanction from the state government.