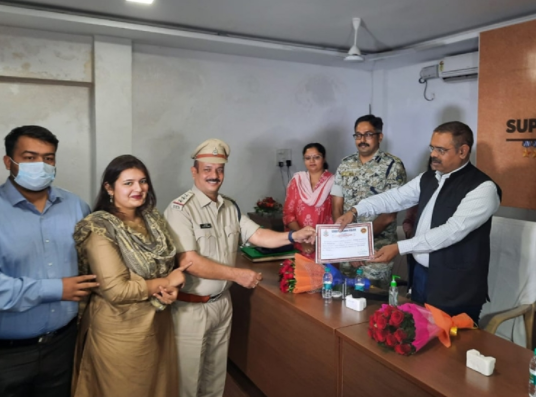 The Super Investigator Samman ceremony was held on Friday at the Police Transit Mess in the capital Raipur. In this ceremony, DGP DM Awasthi honored the 16 policemen who punished the accused by presenting excellent discretion and quick challan in women’s crimes. DGP DM Awasthi said at the function that since the police came, cases were lodged. So it was planned to be a super investigator. Happily, this was possible. One cannot think that in cases like rape, life sentence will be punished in a short time. This honor is for your family. Due to the efforts of all the policemen, the accused of serious cases are being punished soon.

He said that in the year 2019, four cases of Raipur district have been sentenced to life imprisonment. All of you keep doing the same thing. The importance of punishment in crime control, who has received Investigator Honors 10 times, will be written at Police Headquarters. Even before the crime happened, the accused, who broke the ATM, were caught by the policemen of Azad Chowk, we also honored them today. Apart from this, a big gang of drugs was caught in Raipur. The hall is small, but our heart is big. Further, such policemen will be honored by organizing programs.