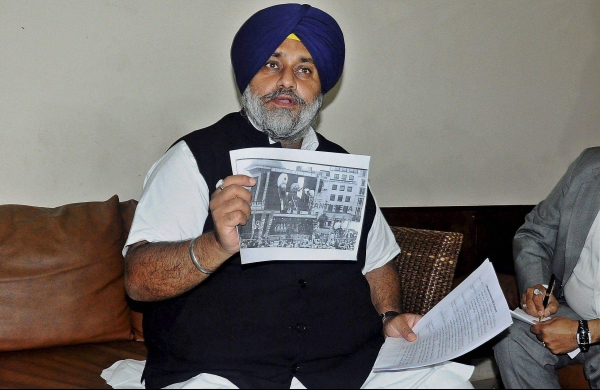 By PTI
CHANDIGARH: The Shiromani Akali Dal on Tuesday alleged that the vehicle of its chief Sukhbir Singh Badal was pelted with stones when party workers were attacked by Congress members in Punjab’s Jalalabad.

Four persons were injured in the incident at Jalalabad Tehsil complex.

However, Badal was unhurt, they said.

Badal was accompanying Akali candidates for filing of nomination papers for the February 14 civic polls.

He claimed the police remained “mute-spectator” during the whole incident.

Elections to eight municipal corporations and 109 municipal councils and nagar panchayats in Punjab will be held on February 14.