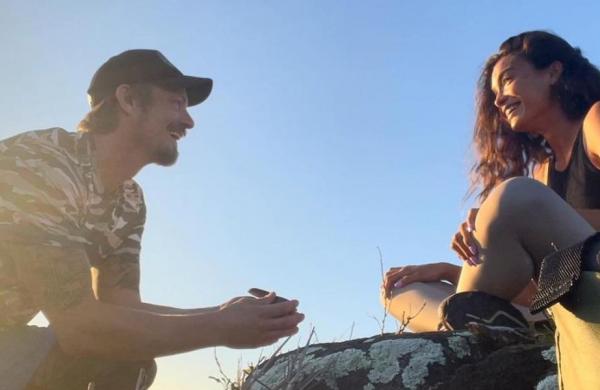 The 41-year-old “Suicide Squad” actor took to Instagram to share the news. “She said no. Jus kiddin…” Kinnaman wrote alongside a picture of him proposing to Kelly. The 25-year-old Victoria’s Secret Model also broke the news of her engagement on her Instagram account.

Kinnaman and Kelly have been dating for nearly two years. They went public with their romance at the Coachella Music Festival in April 2019, just months after the actor split from wife Cleo Wattenstrom in January.

Dave Bautista to feature in M. Night Shyamalan’s ‘Knock at the Cabin’