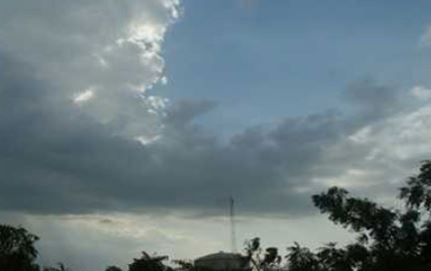 The morning was normal as usual but the black sky was suddenly captured by the ten o’clock sky. After a few hours of dawn, Suraj Maharaj suddenly leaned somewhere. The winds also suddenly increased and they began to show their light. Due to this sudden change in weather, there is a clear possibility of increasing cold. Anyway, according to the forecast of the Meteorological Department, the temperature would fall for the next two-three days. But thus the sudden weather will change because the open weather of the last two-three days could not be guessed. It is coming at ten o’clock but till now it seems that dawn has happened. The sudden change of color of the weather will cause warm clothes to come out. After the Uttarayan of Suryadev, the sun is getting stronger day by day, then it will probably reduce.