Strong winds off Gujarat coast; fishermen asked not to venture into sea 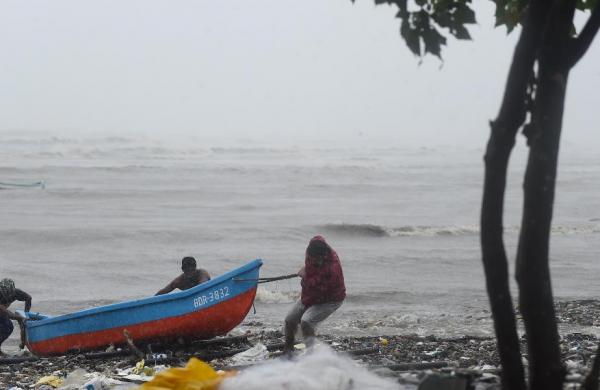 By PTI
AHMEDABAD: The IMD on Sunday predicted squally weather and strong winds off the Gujarat coast along with heavy rains in some parts of the state till July 14, and advised fishermen not to venture into the Arabian Sea.

The Ahmedabad centre of the India Meteorological Department (IMD) also forecast high sea waves in the range of 2.5-3.6 metres during the next two days along the north Gujarat coast between Jakhau and Diu.

“Squally weather with wind speed reaching 45-55 kmph gusting to 65 kmph very likely along and off north and south Gujarat coasts and over northern Arabian Sea from July 11-14,” the MeT office said.

“Fishermen are advised not to venture along and off north and south Gujarat coasts and over northwest Arabian Sea from July 11-14,” it said.

In its latest bulletin, the MeT department also said many places in Gujarat, including Saurashtra-Kutch region, and the Union Territory of Dadra and Nagar Haveli, Daman and Diu will receive light to moderate rainfall between July 11 and 14.

Some parts of south Gujarat are also likely to receive heavy to very heavy rainfall, it said.

As per the IMD, Gujarat has received 48 per cent less than average rainfall so far during the current monsoon season.

Out of the total 33 districts in Gujarat, only three have so far received normal showers this season, 21 received “deficient” rainfall, while nine have recorded rainfall classified under the “large deficient” category, the IMD said.