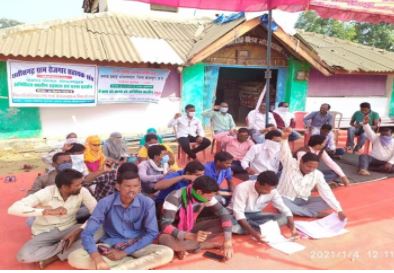 In Bhopalpatnam block of the district, the strike of the secretaries regarding regularization continues for the tenth day. The same Employment Assistants are also sitting in strike on the sixth day regarding their regularization and fixation of pay scales. Many women secretaries and employment assistants were also seen to play their part in the striking employees and were very angry with the government’s indifferent attitude. Panchayat secretaries said that since the posting, we have been sitting on the dream of governmentalization and many employees of other departments were successful in getting the demands from the government, including their regularization, in front of us, but after the BJP government, the secretaries in the Congress government also The attitude of the government has been indifferent and not even one demand has been fulfilled till date. But this time we will not back down and will come back to work only after fulfilling our demands from the government.