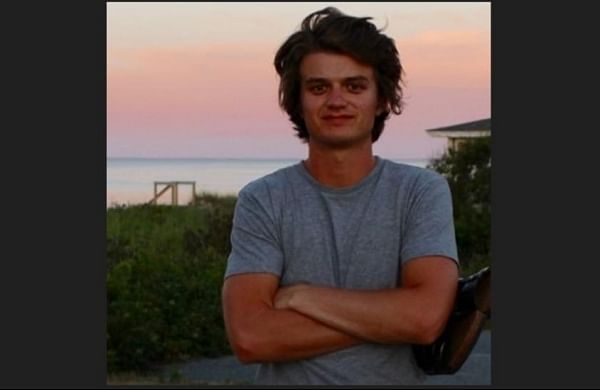 Relationships are the “backbone” of the sci-fi horror drama show, said Keery about part one of the fourth season of the series which is streaming on Netflix.

“This whole season, a big part of it, is action. Reading it on the page I felt, ‘Wow, there is a lot for everyone to do’. Everybody has a lot of moments. The relationships are the core of the show, that is the backbone of why we are rooting for these characters. That continues and evolves in this season,” Keery said in a virtual group interview.

The 30-year-old actor plays Steve Harrington, one of the most beloved characters on “Stranger Things”, who rose to prominence in season two.

Set in the 1980s, the popular Netflix series takes a look at the fictional town of Hawkins, Indiana, in the US where a secret government lab accidentally opens the door to another dimension referred to as the Upside Down.

Keery, who started out in a recurring role during the show’s debut in 2016 before being promoted as a series regular, said the “camaraderie” among the ensemble cast made work more fun.

“The action is fun, but the reason the show is so great to work on is because of the cast we have. Everything feels more natural, it is encouraging and a collaborative environment. That is really all you could ask for, something that I love and look forward to each time I come to film,” he added.

ALSO READ: Matt, Ross Duffer on ‘Stranger Things’ S4: This is our ‘Game of Thrones’ season

“Stranger Things 4” has been split into two parts – while the first volume released on May 27, the second will launch on July 1. With three successful seasons, “Stranger Things” has emerged as one of the biggest series of recent times with a loyal fan following across the world.

The hysteria around the show is “kind of unbelievable”, said Keery. “It is cool to be a part of something that so many people love,” he added.

Hawke, who joined the show’s third season as Robin, said she is grateful that the fans were welcoming of her despite her being a new entrant in the universe.

“I was nervous about it, because whenever you join a beloved environment, it is always possible that fans would feel, ‘We don’t like this new character! Give us more screen time with people we already love’. I have definitely felt that way with shows before when they have brought new storylines. But I am so grateful that their (fans) reaction has been positive,” she said.

“Stranger Things” has also been credited for bringing back the 1980s to pop culture with its visual grammar, inspired by the works of filmmaker Steven Spielberg, horror film legend John Carpenter, and author Stephen King, among others.

Hawke, daughter of Hollywood stars Uma Thurman and Ethan Hawke, said the show doffs its hat to the references from her parents’ generation. “It’s also so much (about) our parents’ generation. The different aspects of their youth are there and that has always been a cool, familial thing because there are so many sentimental references to things that were important to them as teenagers or young adults. That is a nice familial thing,” she added Caleb McLaughlin, Gaten Matarazzo, Charlie Heaton, and David Harbour round out the cast of “Stranger Things”.