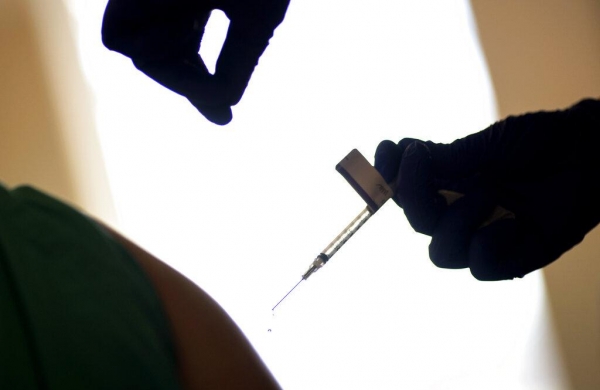 By PTI
BHOPAL: At least four NGOs working for the survivors of the 1984 Bhopal gas tragedy on Sunday wrote to Prime Minister Narendra Modi demanding that the ongoing clinical trials for Covaxin, an indigenously developed COVID-19 vaccine, be stopped in the Madhya Pradesh capital in view of the “gross violation of laws and guidelines”.

In the letters addressed to the PM and Union Health Minister Harsh Vardhan, these NGOs have also sought punishment for the “responsible parties who were negligent in ensuring the safety, well being and the rights of the trial participants”.

They also demanded monetary compensation for “damages caused during the Covaxin trial in Bhopal”.

Covaxin is developed by Bharat Biotech in collaboration with the Indian Council of Medical Research (ICMR).

“We are writing to you to apprise you of the onground situation with regard to the conduct of the trial. Evidence has emerged that the trial in Bhopal is being conducted in gross violation of laws and guidelines governing clinical trials in India,” the NGOs stated in the letters, copies of which were shared with media persons.

“This is leading to exploitation and harm to a community of people that are not just economically and socially deprived, but whose health is compromised owing to the destructive impact and its consequences,” they said.

The NGOs alleged that vulnerable people were being misguided and herded to participate in the trials, and the consent procedure and other protocol of the testing are being flouted.

“The (clinical) trial should be stopped immediately and an impartial probe be conducted,” they demanded.

Talking to reporters virtually, Rashida Bee said, “At least 700 of the 1,700 people on who this vaccine, with unknown efficacy, is being tested, are the people poisoned by Union Carbide (gas leak in 1984).

“One gas victim has already died within 10 days of getting the trial shot and many continue to have health complaints of serious nature,” Bee alleged.

A 42-year-old man, who had taken part in the clinical trial for Covaxin in Bhopal on December 12, died nine days later, with doctors suspecting that poisoning could be the cause.

Bharat Biotech had said in a statement that preliminary reviews indicated that the death was unrelated to Covaxin.

Bee claimed that nobody was punished for the “death of 13 gas victims during the trials by pharma companies at the Bhopal Memorial Hospital & Research Centre some 12 years ago”.

She demanded compensation of Rs 50 lakh for the people “whohave diedduring the Covaxin trial, as being given in the case of deceased corona warriors”.

Alleging irregularities in the conduct of the Covaxin trials, Dhingra said, “People whose health is compromised due to Union Carbide’s poisons are being given the Covaxin trial shots without their knowledge or consent”.

She said audio and video consent should be taken of all the vulnerable people (before allowing them to volunteer for this clinical trial).

“No records are kept of the health problems the trial’s participants have had following the shots and several have been turned away without tending to the adverse effects of the shots.

Trial participants who leave or are excluded halfway are denied care and are not followed up,” she alleged.

Shehzadi Bee of Bhopal Gas Peedit Mahila Purush Sangharsh Morcha said, “In addition to immediate stopping of the trial and awarding compensation for the gas victim who has died during this trial, we demand a thorough and impartial audit, criminal punishment to officials and institutions responsible for this public health disaster and compensation for injuries caused due to the trial vaccines”.

“By ignoring the ongoing criminal irregularities in the Covaxin trial in Bhopal, the Government is potentially unleashing a public health disaster on the 16th of this month,” said Nousheen Khan of the Children Against Dow Carbide.

The Drugs Controller General of India last week approved Oxford COVID-19 vaccine Covishield, manufactured by Serum Institute, and Covaxin of Bharat Biotech for restricted emergency use in the country.

The Central government on Saturday said India will launch its COVID-19 vaccination drive from January 16, with priority to be given to nearly three crore health care and frontline workers.