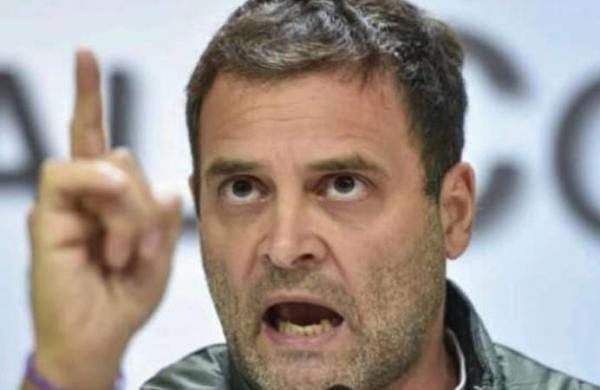 NEW DELHI: Amid the ongoing power crisis in India, former Congress chief Rahul Gandhi on Friday said the Modi government should stop running the “bulldozer of hatred” and start running power plants instead.

He also sought to know from Prime Minister Narendra Modi whether he cared about the country and its people as the coal and electricity crisis has created havoc in the country.

“On April 20, 2022, I told the Modi government to stop running the bulldozer of hatred and start power plants of the country, today the coal and electricity crisis has created havoc in the entire country.

“I am saying again – This crisis will destroy small industries, due to which unemployment will increase further. Small children cannot stand this scorching heat. The lives of patients admitted in hospitals are at stake. There will be financial loss by stopping rail, metro services,” Gandhi said in a Facebook post.

“Modi ji, do you not care about the country and the people,” he asked and used the hashtag “#BJPFailsIndia”.

With large parts of the country facing long power cuts, the opposition Congress on Friday said the central government’s misgovernance and mismanagement led to this “artificial” crisis in the scorching summer.

Congress spokesperson Gourav Vallabh alleged that the Modi government was not providing logistical support for coal distribution to power plants across the country, leading to the crisis.

The Modi government cannot run away from its responsibility and blame states for all the problems in the country, he added.

On Wednesday, Rahul Gandhi hit out at Prime Minister Narendra Modi over the exit of some global brands from India, and said “Hate-in-India” and Make-in-India cannot coexist.

He also talked about unemployment in the country and urged the prime minister to focus on the “devastating unemployment crisis” instead.

The ease of driving business out of India.7 Global Brands9 Factories649 Dealerships84,000 JobsModi ji, Hate-in-India and Make-in-India can’t coexist!Time to focus on India’s devastating unemployment crisis instead. pic.twitter.com/uXSOll4ndD
— Rahul Gandhi (@RahulGandhi) April 27, 2022
Gandhi shared a picture on Twitter showing seven global brands — Chevrolet in 2017, Man Trucks in 2018, Fiat and United Motors in 2019, Harley Davidson in 2020, Ford in 2021 and Datsun in 2022– which have exited the country.

Gandhi and Congress have been attacking the government over the issue of unemployment.