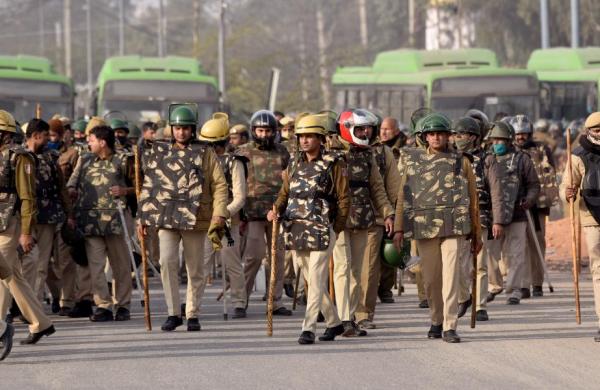 Express News Service
CHANDIGARH: Four unidentified persons came in a luxury car and allegedly fired in the air on Sunday night at Singhu border, the farmer protest site, sources said, adding there were no injuries or death.

The Audi car in which the accused came had a registration number of Chandigarh or Punjab, sources said, adding they fired three rounds in the air and fled.

The incident took place near TDI Mall where a ‘langar’ was being served. Police personnel from Kundli in Haryana rushed to the spot and inquired about the alleged incident, sources said.

The farmers, in their complaint to the Haryana Police, said the youths who came in the Audi car demanded cold water at the ‘langar’.

They were served normal water, which  led to argument following which the youths allegedly fired in the air and fled.

Sonepat Superintendent of Police Jashandeep Singh Randhawa said a case was registered against unidentified men and a probe  was on.

“We are checking CCTV cameras to identify the car and the youths,” he said.

Sources said the police have identified the vehicle and a search is on to nab those involved in the incident.

On Monday, hundreds of women farmers took part in protests and held tractor march to mark the International Women’s Day.