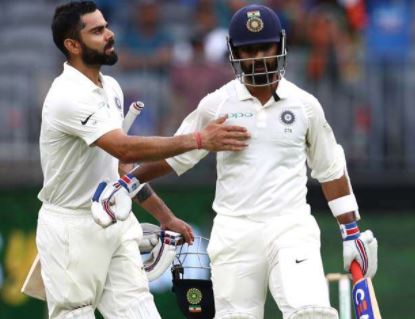 Australian great Steve Waugh said Tuesday he was surprised and disappointed that India captain Virat Kohli will miss three Tests to be at the birth of his first child, with his absence detracting from the blockbuster series. The 32-year-old and his Bollywood star wife Anushka Sharma are expecting a child in January, and Kohli has been given permission by the Indian cricket board to return home after the first Test in Adelaide, which begins on December 17.

While the absence of the superstar batsman could improve Australia’s chances of regaining the Border-Gavaskar trophy, it is a blow to broadcasters and cricket chiefs already feeling the effects of a pandemic-affected year.”At the selection committee meeting held on October 26th, 2020, Mr Virat Kohli had informed the BCCI about his plans to return to India after the first Test in Adelaide,” the statement said. “The BCCI has granted paternity leave to the Indian captain. He will return after the first Test against Australia in Adelaide.”

Rohit Sharma was initially left out of all the squads when the teams for the tour of Australia were announced, due to a hamstring injury suffered during Indian Premier League (IPL) 2020.

However, the BCCI have been monitoring his fitness, and have cleared him to play the Test series.

“The BCCI Medical Team has been monitoring Rohit Sharma’s fitness and has briefed All-India Senior Selection Committee on the same,” the statement said.

“In consultation with Mr Sharma, it has been decided to rest him for the ODIs and T20Is in Australia to regain full fitness and he has been included in India’s Test squad for the Border-Gavaskar Trophy,” it concluded.