Steve Carell, John Krasinski to reunite for Paramount’s film ‘If’ 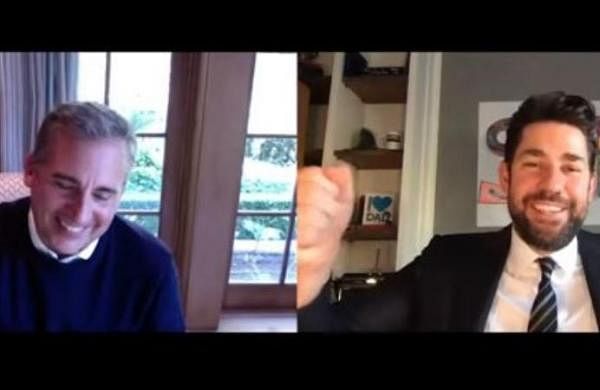 LOS ANGELES: “The Office” alum Steve Carell is set to reunite with John Krasinski for a family movie, titled “If”.

Krasinski will direct and star opposite actor Ryan Reynolds in the movie, which has been set up at Paramount Pictures.

The story is based on Krasinski’s original idea about a child’s journey to rediscover their imagination, according to Variety.

Carell has joined the cast of the film along with “Roots” star Louis Gossett Jr, “Minari” breakout Alan Kim and “The Walking Dead” actor Cailey Fleming.

Carell and Krasinski previously worked together on hit sitcom “The Office”, which was adapted from the British series of the same name.

The multiple Emmy-winning show ran for nine seasons on NBC from 2005 to 2013.