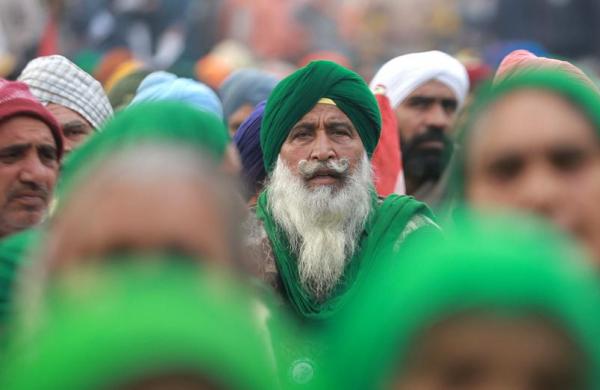 Express News Service
NEW DELHI: The Supreme Court on Monday indicated that it could stay the implementation of the three contentious farm laws as it came down heavily on the government for insisting on continuing with the laws despite the nearly two-month-long farmers’ protest in and around Delhi’s borders.

A bench headed by Chief Justice of India S A Bobde told Attorney General K K Venugopal and Solicitor General Tushar Mehta that the government had failed to hold effective negotiations with the protesting farmers, and stressed the need for a court-appointed committee to break the logjam. The bench will pass its order on Tuesday.

The court blamed the government for framing the laws without enough consultation. “We do not want to repeat the criticism but we do not believe your negotiations are effective. We are attempting to make the atmosphere conducive by keeping the implementation of the laws in abeyance,” the CJI observed while referring to the suicides by farmers to say that it did not want any blood on its hands, and also voiced concern about the possibility of the protests turning violent. “Who is going to take responsibility for

Farmers during their ongoing agitationover the farm reform laws, at the Singhuborder in Delhi on Monday | PTIbloodshed if this sabre-rattling goes on and results in conflagration?” the bench questioned.

When Venugopal claimed that the laws were based on the recommendations of various expert committees set up by past governments, including those of the UPA, the CJI cut him short. “It will not help to say that some other government started it. We are not on the merits of the laws,” CJI  Bobde said.To Venugopal’s complaint that the farmers were being stubborn on their demand to repeal the laws, the CJI said they will be heard by the proposed court-appointed committee.

Referring to the bench’s suggestion to stay the legislations, Venugopal requested it not to take such a drastic decision and to wait for some more time before passing orders. But the CJI was in no mood to relent. “Sorry to say, we have to, because you, as the Union of India, did not take responsibility. You were not able to solve the problem. You should have been able to solve the strike, but you did not,” CJI Bobde said.

Mehta sought to defend the government when the CJI asked him if the Centre was part of the problem or the solution. The Solicitor General said many organisations had come forward to support the laws as progressive.The bench also made it clear that the protesting farmers would have to move to another site to continue their agitation.

Sense of responsibility“We don’t see why there is an insistence on implementation of the laws. It’s our intention to see if we can bring about an amicable resolution. That is why we asked why don’t you put the bills on hold. You want time for negotiation. If there is some sense of responsibility then you will not implement the laws,” the bench said

Not even one plea in SC saying laws are good, finds benchObserving that there is not a single petition before the Supreme Court saying the farm laws were beneficial, the bench told the Centre, “It will not help you to say that this was started by the last government. We are discussing constitutionality.”